Rumor: Could We See Gwen Stacy in the’Spider-Man: Homecoming’ Sequel? 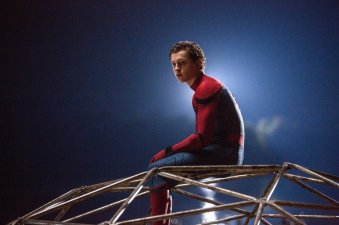 Omega Underground has been reporting some big news this week, but they now seem to have gotten their hands on a potentially leaked audition tape for the role of Gwen Stacy in the upcoming Spider-Man: Homecoming sequel.

Fournier reading a script that features two scenes. One of which she is talking to Peter Parker and the other to Captain George Stacy, who is Gwen Stacy’s police captain father which would be another character that could be added to the sequel.

If this is true we could potentially see Gwen Stacy being a potential foreign exchange student to Peter’s high school in Queens instead of the classic blonde haired comic accurate character. This wouldn’t be to far fetched as the characters in Spiderman:
Homecoming saw that characters ethnicity did not match their comic book counter parts.

So what do you guys think about this rumor? Could we be seeing an different version of Gwen Stacy in the Spider-Man: Homecoming sequel? Or would you rather them stay away from yet another Gwen Stacy storyline. Let us know in the comments below!