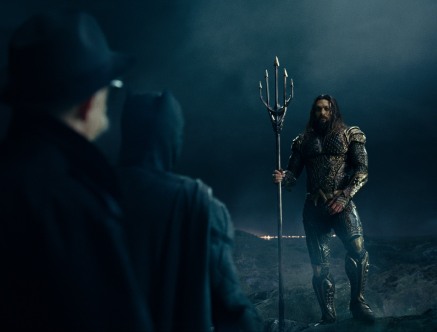 Well folks, Justice League is now just around the corner. The second most anticipated film of the year is now within walking distance and Warner Bros. is doing everything they can to make sure you know it. On top of releasing a massive amount of TV spots and character trailers, WB has now released eight, yes eight new clips for the DC team-up film.

Justice League follows a refueled Bruce Wayne who, after being inspired by Superman’s selfless act in the events of Batman v Superman, enlists the helped of his newfound ally in Diana Prince to face something bigger and darker. Together, the new duo of Batman and Wonder Woman quickly find and recruit a team of metahumans to stand against a newly awakened threat before an assault of catastrophic proportions destroys the planet.

I have not been quiet on how much I’ve disliked the marketing strategy behind this film. At points it seems like the studio absolutely loves the final product, whereas at times it almost feels like they want nothing to do it with. While I’ve expressed my disappointment in the DCEU thus far, I’ve never strayed away from the fact that I still want this movie to crush. I always have. It’s freaking Justice League and whether you’re a DC fanboy, a Marvel fangirl or an all around fan, if this movie it more of a success than any of the DCEU films to this point, it’s good for everyone.

Because I’m still a bit cautious towards the kind of movie Justice League looks to be, I haven’t been afraid to watch any new footage released because not only do I feel like much of the footage will not even be in the final cut (just like Batman v Superman), but I’m still wanting to be won over. I’m still waiting for that one thing (whatever it may be) to push me over the hill. While I’m beginning to think it might not come before its released, let’s hope that a sign that the movie itself will be a complete thrill ride from start to finish.

Check out the big batch of new clips below and after doing so, let me know your thoughts in the comments. What’s your excitement level? Are you more or around the same as me? Am I wrong to be hesitant? Justice League hits theaters on November 17th and stars Ben Affleck, Gal Gadot, Jason Momoa, Ezra Miller, Ray Fisher and Henry Cavill.