Poll: Which November Release Are You Most Excited For? 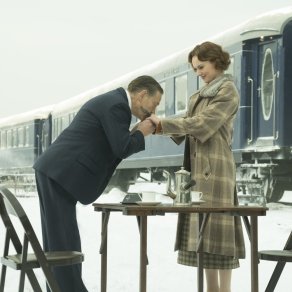 2017 is beginning to wrap up very quickly, but before that happens, November is a month that many have been looking forward to not just all year, but for decades. When November usually rolls around every year, it’s full of Oscar hopefuls that bring amazement and gut-wrenching drama that can (for the majority) only be told later in the year. In 2017, while there may be some fantastic drama and intensity waiting for us, November is waiting to explode with comic book goodness.

Thor: Ragnarok and Justice League may be the two monsters leading the charge this month, but they aren’t the only giants in the running. Big and small, November holds a number of films that fans should be looking forward to. Looking for a murder mystery? The star-studded Murder on the Orient Express is the movie you’re looking for. How about those Oscar contenders I was talking about earlier? Keep an eye out for Darkest Hour, starring Gary Oldman, and Richard Linklater’s Last Flag Flying in or around your hometown. So I dare ask the question with the following poll below, which November release are you most excited for?