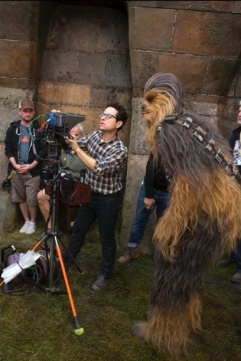 Since the day Disney acquired Lucasfilm and all its properties back in 2012, it was made clear very early that the prequels would be referenced and/or included as little as possible. For fans, that was fair as the trilogy of movies left quite a bad taste in our mouths, so much that Star Wars seemed to be forever gone. That was until Lucasfilm decided to move forward with a new trilogy of movies, with director J.J. Abrams at the helm.

Let’s be clear, Abrams is the reason we are now blessed with a Star Wars film every year. If The Force Awakens was even mildly good or anything worse, there would’ve been riots. But guess what, it wasn’t (I’m not getting into the whole A New Hope rehash bulls**t). Lucasfilm appreciated his job well done so much that he is now behind-the-camera for Episode IX, even if he may not have been the first choice (who cares). With Abrams returning, fans everywhere are wondering what the hell he and writer Chris Terrio are going to bring to the trilogy finale (so much so that a petition to get Abrams removed was started). The Last Jedi isn’t out yet which means everything is locked in a vault thousands of feet underground in the most desolate place in the world, but that doesn’t mean we can’t get at least hints for what to expect.

From the moment Abrams was brought back on board to direct Episode IX and now that he’s working on the script, he’s made it clear that the sequel will be a new and original story. Abrams recently sat down with BBC and voluntarily revealed that his approach to Episode IX is already different from what it was with The Force Awakens:

“Well, it’s certainly something that I’m aware of now working on Episode IX, coming back into this world after having done Episode VII. I feel like we need to approach this with the same excitement that we had when we were kids, loving what these movies were. And at the same time, we have to take them places that they haven’t gone, and that’s sort of our responsibility. It’s a strange thing, Michael’s worked on things like Planet of the Apes and Star Trek and Star Wars, and these are the things of dreams. Yet we can’t just revel in that; we have to go elsewhere.”

It’s an interesting set of comments. Many across the internet and beyond think the word “elsewhere” is pointing towards the prequels, which some kind of connection could be a big possibility. I for one didn’t blink twice over that theory, until a reddit user popped up online and revealed that Abrams and Terrio are looking to unite all three trilogies. Here’s what the poster had to say:

“They said that they’re going to be brave and there will be big surprises. I got the impression that JJ felt like he had to refresh previous Star Wars moments for a modern audience in TFA, and now it feels like they have free reign to do what they want. Apparently they’ve had no interference from Kathleen or Pablo or the Lucasfilm Story Group. 9 is also the film which unites all three trilogies and brings everything together. That’s all they would tell me.”

“I worry a little bit that the questions I was asking were too leading. I was speaking to Chris and he was talking about the OT. I said about how I grew up with the PT and the prequels were my entry point into Star Wars. I asked about elements of the PT coming into 9 and Chris said about how 9 unites all of it. He said 9 definitely makes it feel like they’re all happening in the same universe, and there would be PT elements in 9. They could be visual or thematic, he didn’t overtly say that there would be returning planets or characters from the PT or anything.” 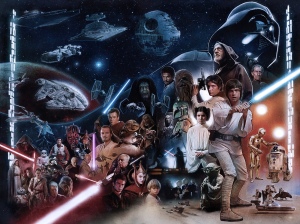 is the new trilogy, as The Force Awakens proved that Disney, Lucasfilm and its directors are trying to create films that bring all Star Wars fans together, so having a connection to or at minimum just referencing the prequels would make sense.

Me? If there is a “connection,” I believe it will be minor. Being that the movies are set so many years a part, I think a reference makes a lot more sense than a full connection. Either way, Abrams is going to need to bring something completely different to Episode IX, just as Rian Johnson has seemed to do with The Last Jedi. While Star Wars is the “forever” franchise and the biggest piece of pop culture out there, the films still have to satisfy fans. And if that means uniting the entire saga, successfully, that would not only satisfy a lot of fans, but be a massive accomplishment. Star Wars: Episode IX is slated for a May 24th, 2019 release date.