I’ve seen Baby Driver multiple times since its Blu-Ray release last week, and still love it just as much as I did in theaters. This film has it all. Great action sequences, humor, romance, all enriched by an incredible soundtrack filled with classic tunes that you’ll want to revisit after seeing the film.

One of the songs used brilliantly in Baby Driver is “Never Gonna Give You Up” by the late, great Barry White. Its one of my favorite classic R&B tracks, and one I was happy to see featured in a mainstream blockbuster for young adults to discover. It also plays during a crucial part in the story.

After my most recent viewing of the film, I starred thinking about that diner scene between Baby (Ansel Elgort), Deborah (Lily James) and Buddy (Jon Hamm). It’s such a tense filled and well executed scene. My thoughts focused on Buddy and how devastated he was to lose his Darling (Eiza González). His turn in becoming the villain near the end of the film is supported with great motivation, and I’ll later explain why. But as I thought more and more about the character arcs in Baby Driver, it became apparent that Buddy and his Darling became victims in the film, while the character of Baby became slightly less likable. Here’s why….

Buddy and Darling are the Bonnie & Clyde of the film. Their mentality is them against the world, and as a team they’re very effective at doing what they do. Its the reason Doc brought them around for a second heist, after making it clear he doesn’t use the same crew twice. It doesn’t take long for the film to establish that these two lovers aren’t as crazy or evil as their counterparts, Bats (Jamie Foxx) and Griff (Jon Bernthal). They also seem to be the only two people in the criminal world who show Baby any kind of respect. This more so for Buddy, who throughout the film demonstrates he cares about Baby.

At the warehouse, after the film’s opening bank heist, Buddy (and his Darling) defend Baby from Griff’s bullying and harassment. When saying goodbye to Baby on the elevator, Buddy shows him recognition and tells him not to answer anymore of the Doc’s calls for heist jobs. He knows this life ain’t for Baby. The coolest moment however is when he sits beside Baby, and the two bond over listening to Queen 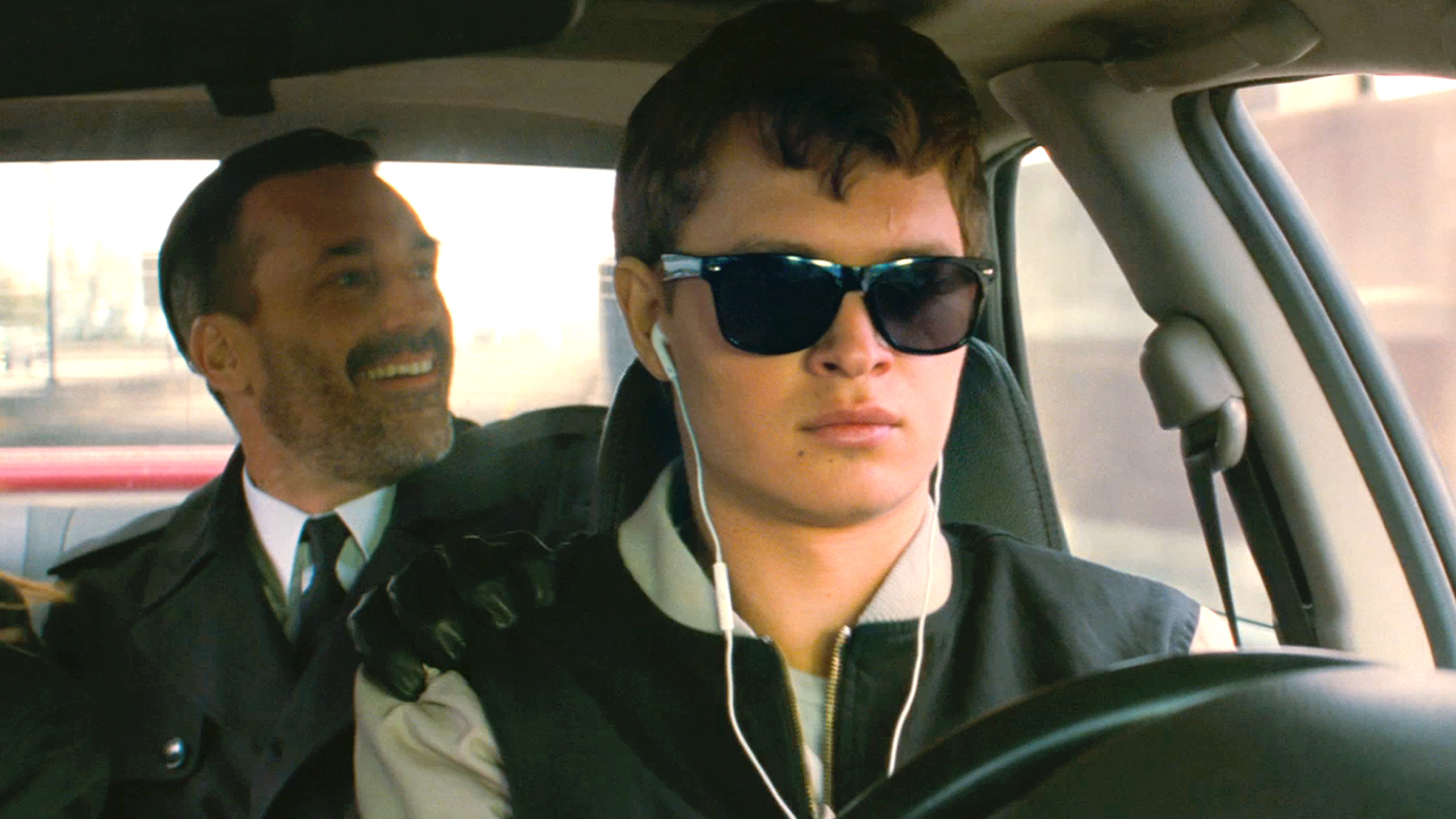 Later in the film, the heist crew makes an unexpected stop to the diner where Deborah happens to work. The only person having fun is Bats (Foxx), who just killed a gas station clerk, as he learns that Baby knows Deborah, and threatens to kill her. Meanwhile, Buddy and Darling don’t care that Baby has a love interest, and for all we know they’re happy for him. Its clear that despite all their wrong doings, Buddy and Darling aren’t so evil compared to their crime partner(s). They enjoy the thrill of robbing banks and getaways from police pursuit, but, so far as we know through the film’s first two acts, aren’t so much into killing people during these heists, as is Baby. Although, it’s clear they will shoot their way out if necessary.

Yet, once there’s a sense of betrayal on Baby’s end is where things begin falling apart. Buddy and Darling have trusted Baby, and made attempts to befriend them during their brief adventures together. The two lovers made plans to travel to Vegas and get re-married, likely ending their business with Doc and Baby for good. However, as we now know the two never made it to Vegas. Instead, Baby let his emotions get the best of him, by running the getaway car into a truck, killing Bats and leaving them all in danger. The young man forgot that Buddy and Darling were already planning on killing Bats (Foxx), so had he just been a little more patient and composed and done his job, everyone would’ve gotten what they had coming.

For Baby, it was enough money to drive away for good with his Deborah (without getting arrested) and leave behind a life of crime. For Buddy and Darling, it was off to their second honeymoon and perhaps an honest living. Instead, the latter two end up dead, and Baby ends up being the hero, where in truth he was just as bad as the film’s Bonnie & Clyde. To me they’re as much victims in this story, only because Baby let it his emotions get the best of him. In the end, looking out for his own interests, making for a slightly less likable character upon my further review of Baby Driver.