New ‘Thor: Ragnarok’ Featurette Goes Behind the Scenes of the Sequel’s Story 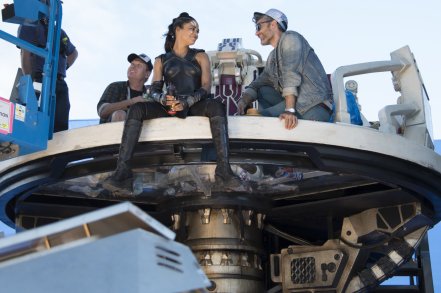 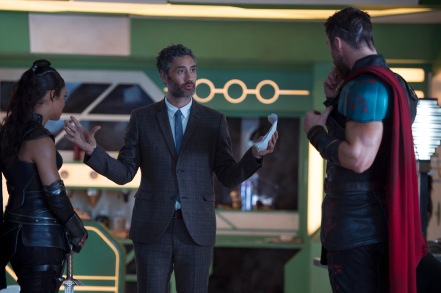 To continue the massive hype surrounding Thor: Ragnarok, Marvel has released a new featurette for Taika Waititi’s upcoming comic book film. The third entry into the Thor franchise sees the God of Thunder imprisoned on the other side of the universe in a race against time before Hela, the Goddess of Death, unleashes Ragnarok on Asgard. But first he must survive a lethal gladiatorial match against a co-worker, the Hulk.

The behind-the-scenes look is actually one of the better story featurettes to be released recently. Chris Hemsworth and Taika Waititi not only say some very encouraging things about the film, but they (as well as everyone else) looks like they had a hell of a time on set. And that’s something this franchise needs. While I’ve been okay with them so far, the Thor movies is considered the weaker of all the solo franchises. But with the addition of Waititi and a complete overhaul, Ragnarok looks like it could end up as one of Marvel’s more exciting, unique and better films.

Check out the new featurette below and after doing so, let me know what you think of the new look. How excited are you for Ragnarok? Does it look like the Thor movie we’ve been waiting for? Waititi’s Thor: Ragnarok hits theaters on November 3rd and also stars Mark Ruffalo, Tom Hiddleston, Cate Blanchett, Jeff Goldblum, Karl Urban, Tessa Thompson, Idris Elba, and Anthony Hopkins.