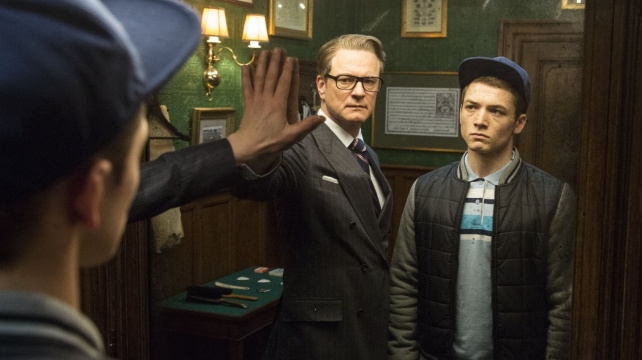 Kingsman: The Golden Circle is now officially out in theaters, marking the second installment in Matthew Vaughn’s adaptation of the unique spy franchise that features suited gentlemen, over the top villains that are surprisingly well written, and a hell of a lot of fun moments. The series caught fire back in 2014 when Kingsman: The Secret Service was released and while unknown at the time, it became in instant hit, resulting in the sequel almost immediately. While we wait to see how the follow-up does at the box-office and with audiences (not so good with critics), director Matthew Vaughn seems to have his eyes looking forward to more than just a third entry.

With the response the first movie had all-around, it would come to no surprise to find out that the sequel did just as well, possibly better. If The Golden Circle proves that, it’s safe to say that this will not be the last time we see Taron Egerton and company on screen as their well dressed characters. Actually, Vaughn recently spoke to Cinemablend, where he not only revealed that the story he has in mind will come to a close in Kingsman 3, but that he’s open to spinoffs from the characters he’s created:

I think there’s a story in my head which will be finished by the end of the next one. And then after that then, of course, there could be Statesman movies, there could be spinoff character films. The universe could continue with new agents. Or, you know, Colin (Firth) could become Arthur (…) or new characters could come in. Or new kids get trained. There’s so many options, but I also think it’s better not to be too greedy.

I really love what Vaughn has to say here, as well as the very strong point he makes at the end. Too many studios these days get greedy with potential and/or popularity, and while he’s created a universe full of extremely colorful characters and stories (past, present and future) that are waiting to be told, he knows that not every single one of them (if any) need to be. That’s something I really appreciate it. I would no doubt love to see more of this franchise, in many forms, but I also don’t want an over saturation of it.

The Golden Circle isn’t getting panned by critics by any means, but it definitely doesn’t have the same flair or impact as the first did when it came out. With that said, I still very much enjoyed it. It was never going to be an Oscar movie. It’s meant to be over-the-top and entertaining as hell, and I believe it succeeded at that and then some – I definitely want to see Eggsy and company back for another go-around.

What’re your thoughts? First off, have you seen The Golden Circle yet? If so, what did you think? Do you want to see more from the best dressed men and women in the world? Let us know in the comments, as well as see our thoughts in our official review below!