What a surprise this is! We received quite a treat yesterday as Legendary and Universal unveiled the first official look at their upcoming sequel Pacific Rim: Uprising. Uprising is, of course, the sequel to Guillermo del Toro’s 2013 flick that starred Charlie Hunnam and Idris Elba. Unfortunately for us, neither are returning for the sequel, but their spirit lives on as John Boyega will be playing Jake Pentecost, the son of Elba’s character.

The teaser isn’t much of a trailer, really, rather a badass campaign video for what looks like an updated and fully operating Jaeger program.The trailer featured more spec focus than anything, but that doesn’t mean it didn’t reveal anything. To me, the footage we got, gives a clear indication that del Toro isn’t directing. Although his Pacific Rim is about giant man-controlled robots fighting even bigger Godzilla like creatures from a rift to another dimension, GDT brought a very real and practical feel to it. This trailer almost feels like we’re getting ready to play one of those new VR experience video games, through the eye of Boyega.

Now that’s not a bad thing. I absolutely adore the first Pacific Rim. I think it’s brilliant, and so did a lot of others. With that comes an upped budget and more leeway to create something new, which is what looks like happened from director Steven S. DeKnight and his team. And I’m totally down for it. I’m not too sure what the story is, but going off of what I see, it looks flat-out awesome. I love the new looks of the Jaegers, specifically the updated version of Gypsy Danger. Man, what I would do to be a Jaeger pilot.

I’ve also attached a handful of new images that reveal the specs of the new Jaeger robots. Each image comes with a description as well, giving us a better idea as to what kind of robotic team the humans have on their side this time. What do you think? Like the trailer? How about the vibe of the sequel? DeKnight’s Pacific Rim: Uprising hits theaters on February 23rd, 2018 and stars John Boyega, Scott Eastwood, and Charlie Day.

It’s been ten years since The Battle of the Breach and the oceans are still, but restless. Vindicated by the victory at the Breach, the Jaeger program has evolved into the most powerful global defense force in human history. The PPDC now calls upon the best and brightest to rise up and become the next generation of heroes. When the Kaiju threat returns, we will be ready. 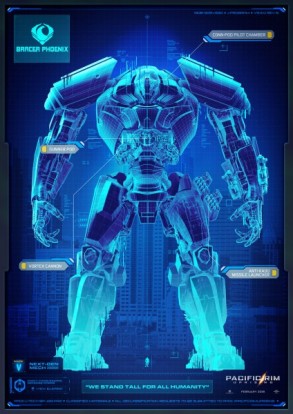 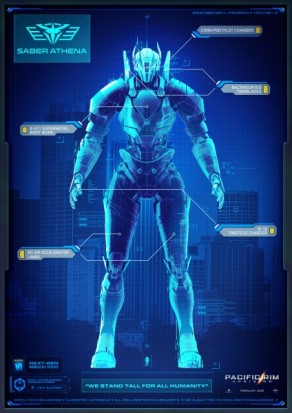 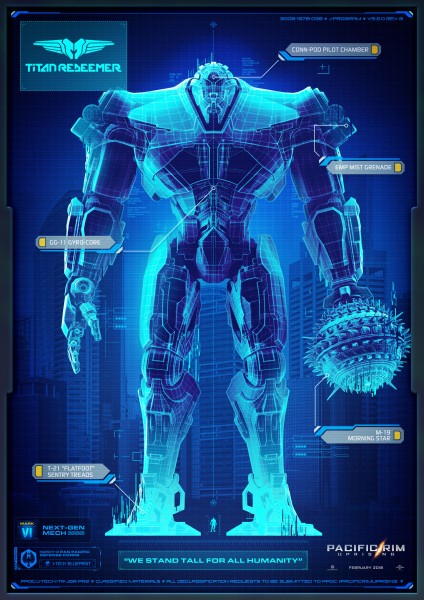 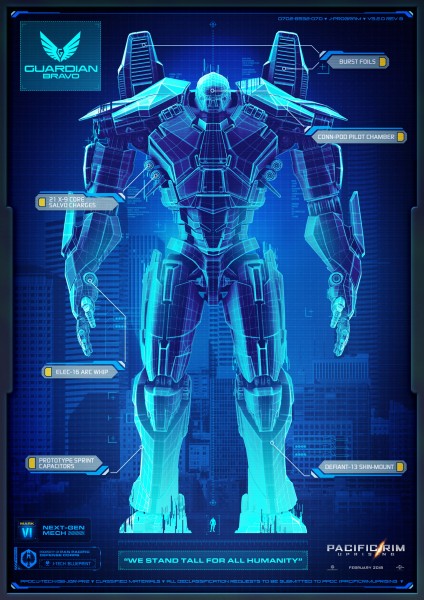