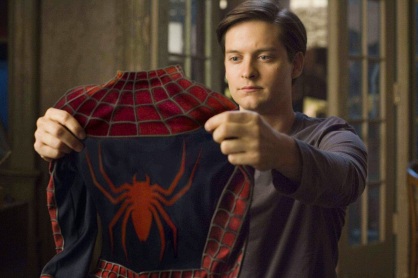 Screen Junkies are not only professionals, but famous for more than one thing. Some consider Movie Fights their top dog, but to many, it’s their honest trailers. The award winning segment, that’s right, award winning segment basically breaks down some of the biggest movies in ways that an every day fan can’t see, and most of the time, that includes things that make the movie bad or worse.

With Spider-Man: Homecoming just days away, SJ has released their latest trailer, which focuses on the unfortunate sour that is The Amazing Spider-Man 2. But because Homecoming could possibly mark a rebirth of the character under the wing of Kevin Feige and the Marvel Cinematic Universe, I thought it be a fantastic idea to include the honest trailer for every web-slinging film leading up to Tom Holland’s solo debut as our favorite teenage superhero.

Check out the trailers below and after you do, make sure to head down to the comments and leave me your thoughts. Which trailer did you like the most? Was there something you didn’t like? What’s your favorite Spider-Man movie thus far? Sound off! Spider-Man: Homecoming slings its way into theaters this Friday on July 6th, 2017.