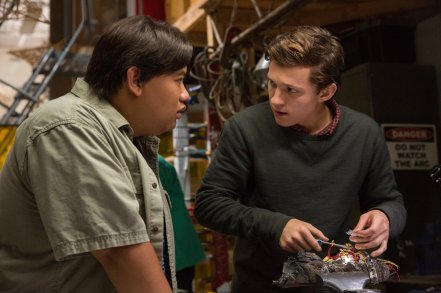 Freak out people! Spider-Man: Homecoming is now just over a week away from being released. The first entry of the real Sony and Marvel partnership will hit screens next week with early reviews already stating its the second best Spider-Man film yet, behind Sam Raimi’s highly thought of Spider-Man 2.

What makes Homecoming so new and fresh? We’ve seen three different Spidey trilogies in a decade, could it really be that different? Well, according to early reviews, it’s the exact kind of fresh take on the Spider-Man story we’ve been waiting for, with many claiming it’s not only a fun spider-man movie, but a great teenage “John Hughes” esque film.

I for one am extremely excited to see Tom Holland take center stage in his own movie. His appearance in Captain America: Civil War was arguably one of the greatest cameos ever on screen, how would that not build anticipation for his own standalone movie? You then throw in the addition of Robert Downey Jr.’s Tony Stark and Michael Keaton’s villain and it becomes one of, if not the movie of the summer.

While trailers seem to be released like wildfire for this one, nearly a dozen new clips have been released as well. And rather than focus on the swinging action from Spidey, many of them focus on the daily life of Peter Parker, which includes more looks at Parker’s best friend and his loving Aunt May (played by Marisa Tomei). Directed by Jon Watts, Spider-Man: Homecoming swings into theaters on July 6th, 2017.