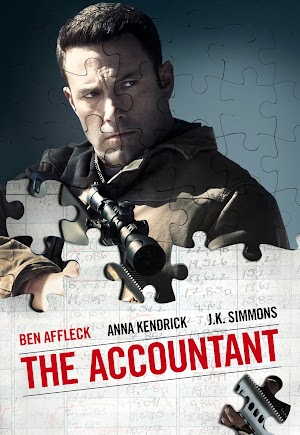 While I patiently wait for Ben Affleck‘s solo Batman film to begin production next year, there’s now word of a sequel to one of his better flicks in development. Deadline reports that Warner Bros is looking into making The Accountant 2. The first film starred Affleck in the lead role, as an intelligent Accountant with autism, who lived a secret double life as a hitman. The film was a surprise hit that made my Top 5 films of last year.

Director Gavin O’Connor is also being eyed to return. He’s a filmmaker who seems to have an eye for stories focusing on brothers (Warrior), and as someone who is very close to my brother, I tend to enjoy his films very much.

No word on when we might get a sequel, assuming its green lit by the studio. Right now, Affleck is busy on reshoots for Justice League, and is gearing up to shoot The Batman sometime next year. Hopefully, it won’t be long. If you haven’t seen The Accountant, then please do so immediately. You’ll be surprised.

Tagged as: Ben Affleck, The Accountant