Get Your First Look at Emily Blunt in ‘Mary Poppins Returns’

Through Entertainment Weekly, Disney has released the first official look at Mary Poppins Returns. The sequel (thank goodness it’s not a reboot/remake) is directed by Rob Marshall (Into the Woods) is set 25 years after the events of the original and sees Michael (Ben Whishaw) and Jane (Emily Mortimer) all grown up with Michael having three kids of his own. But after a family tragedy and a state of depression,

Emily Blunt’ Mary Poppins walks back through their door to do what she does best, bring some magic back into their lives.

While there’s more than a 50 year gap between the two films, don’t expect to see such a major departure between them, even with those behind Returns taking advantage of modern day aspects such as VFX. While we were no doubt keeping an eye on who would not only be playing Poppins, but those around her, it’s really the style and sound that brings this stories magic to life. According to EW, this sequel does exactly that, saying it “sounds downright Poppins-esque, while costume designer Sandy Powell and her team worked to bring the iconic looks of Mary and the Banks family into the stylish 1930s.”

I have yet to actually sit down and watch the original film starring Julie Andrews, but that doesn’t mean I’m not looking forward to the sequel. Many are most excited to hear the score composers Marc Shaiman and Scott Wittman bring to life, but I’m particularly looking forward to the look of the film and how these actors bring their characters to life in such a vibrant world. And for those of you who are a bit worried of Emily Blunt taking over the mantle of Poppins, fear not. Not only is she one of the best working today, but EW revealed that Julie Andrews gave her her complete blessing before filming began.

Check out the rest of the images below and after doing so, make sure to give me your thoughts in the comments below. Is Emily Blunt the perfect choice for Poppins? How do you like the look of the film so far? What are you most excited for? Marshall’s Mary Poppins Returns will be released December 15th, 2018 and stars Emily Blunt, Lin-Manuel Miranda, Ben Whishaw, Emily Mortimer, Colin Firth, and Meryl Streep. 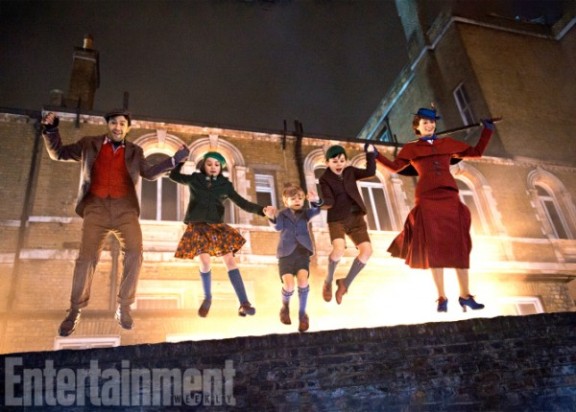 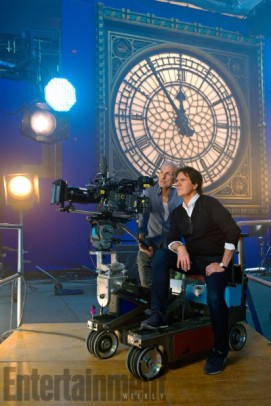