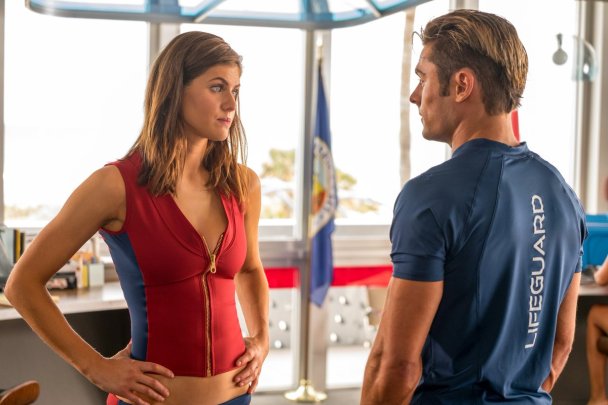 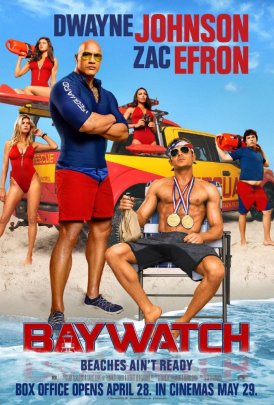 With its release just around the corner, Paramount has unveiled the official red band trailer (and hopefully final) for Baywatch. 2017 has yet to feature a good or even just a decent comedy. Sure, The LEGO Batman Movie and Guardians of the Galaxy Vol. 2 could be considered comedies, but at heart, they are something else. When will we see that one movie of the genre that’s a needle in a big haystack pile? If this new trailer for the Dwayne Johnson, Zac Efron led movie is any indication, then Baywatch may be exactly that.

I’ve enjoyed what I’ve seen from the big screen reboot of the popular 90s TV show, but I haven’t been wowed from anything I’ve seen. And I’m not saying this trailer really wowed me, but it’s my favorite trailer of the bunch, by far. Much of that may be due to the red band asterisk that will go next to it because it gives us, the audience, an idea of what we’ll really be witnessing on screen. But I also think a decent size of the reason goes to the cast. It’s a pretty odd ensemble from the outside, but when put together with this specific kind of source material, they shine.

In no way am I saying Baywatch is a guarantee hit or true comedy gold, but it has the best potential of any comedy piece this year. A good director, strong cast, and an updated take on an idea that was very popular many years ago. Whether it’s a hit with the one-liners or action, Baywatch is bound to make money because not only does it have names that will bring in the people (Johnson, Efron), but it’s hitting multiple generations. Watch out for this one at the box-office.

Check out the trailer below and after doing so, let me know your thoughts in the comments. Have you like the trailers? Are you interested in it or does it look too cheesy for you? Seth Gordon’s Baywatch hits theaters on May 26th, 2017 and stars Dwayne Johnson, Zac Efron, Alexandra Daddario, Kelly Rohrbach, Ilfenesh Hadera, Jon Bass, and Priyanka Chopra.