As announced yesterday, Annapurna Pictures released the first official trailer for Kathryn Bigelow’s new film. From the director of The Hurt Locker and Zero Dark Thirty comes the true story behind the 1967 Detroit riots, which was started by a police raid of an unlicensed bar in Near West Side of the city. Unfortunately, the confrontations turned violent, resulting 39 deaths and hundreds wounded as the riot lasted for a very long five days.

If you’ve seen either or both The Hurt Locker and Zero Dark Thirty, you don’t need any other kind of evidence as to why a Kathryn Bigelow film is so highly anticipated. In short, she’s one of the best behind the camera today. Period. Anyway, as for Detroit, it looks like a very different approach for the director compared to her previous features. Rather than tell a single, contained story, the trailer gives off the feel that it will focus on a few different stories, giving various points of view of the riots. But it’s clear that John Boyega is the film’s protagonist, portraying a black police officer who’s working with a mostly white precinct, putting his character in quite a difficult situation.

When it comes to Bigelow’s filmmaking ability, as I mentioned above, she’s one of the best today, and a lot of that has to do with her ability to create and keep tension and on screen. Her previous two films were very much in the same realm, so I’m glad and really excited to see her expanding her vision and going after something like Detroit. It’s just different drama, and that’s why I’m so damn eager to see what kind of project her and her writing partner Mark Boal have cooked up this time.

Watch the first trailer below and after doing so, let me know your thoughts in the comments. Is this a story that deserves to be told? What did you think of the trailer? Are you looking forward to seeing more? Bigelow’s Detroit arrives in theaters on August 4th, 2017 and stars John Boyega, John Krasinski, Kaitlyn Denver, Anthony Mackie, Jason Mitchell, Will Poulter, Jack Reynor, and Tyler James Williams.

From the Academy Award winning director of THE HURT LOCKER and ZERO DARK THIRTY, DETROIT tells the gripping story of one of the darkest moments during the civil unrest that rocked Detroit in the summer of ’67. 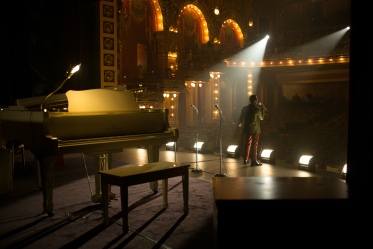