‘Annabelle: Creation’ Trailer: The Doll from Beneath Hell Is Born 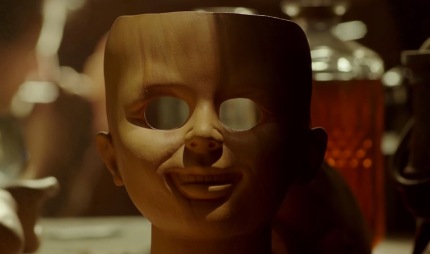 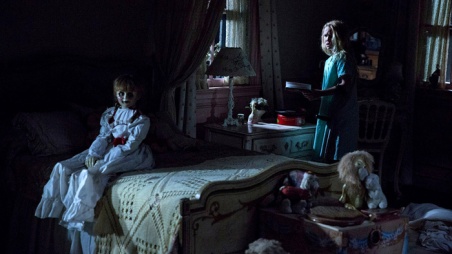 Unlike most of the world’s population, I don’t get spooked by dolls that bad. That’s why the latest trailer for Annabelle 2, now titled Annabelle: Creation, doesn’t give me as much as a scare as it might you. Unlike a conventional sequel, Creation returns to the origin of the evil doll, exploring the beginning of one of the most horrifying things in the Conjuring universe.

If it wasn’t already obvious that these movies are part of the horror universe started by The Conjuring, the look and feel of this new trailer no doubt gives a very similar vibe. The only issue I have with the trailer is that basically spells out everything for us, which seems to be the trend over the last week or so with trailers. It might not reveal the final act or some of the more major scares, but it definitely feels like it reveals the arc of the movie that would’ve been fun to find out while watching it. But while that’s the case, director David F. Sandberg gives me some good confidence in the movie since he was behind the last year’s sort of surprise horror movie Lights Out, which turned out to be a lot better than I and many others originally thought.

Check out the first trailer for Annabelle: Creation below and after doing so, let me know what you think in the comments. Do you like the direction they’re taking? Did the trailer give you the chills? Are you afraid of dolls? David F. Sandberg’s Annabelle: Creation is released on August 11th, 2017 and stars Stephanie Sigman, Talitha Bateman, Lulu Wilson, Philippa Anne Coulthard, Grace Fulton, Lou Lou Safran, Samara Lee, Tayler Buck, Anthony LaPaglia, and Miranda Otto.

Several years after the tragic death of their little girl, a dollmaker and his wife welcome a nun and several girls from a shuttered orphanage into their home, soon becoming the target of the dollmaker’s possessed creation, Annabelle.