Here’s Your First Official Look at Alicia Vikander as Lara Croft in the ‘Tomb Raider’ Reboot!

Filming is well underway on Warner Bros. upcoming Tomb Raider reboot and a few weeks back, we got our first look at Academy Award winning actress Alicia Vikander in the role of Lara Croft thanks to a handful of set photos that were released. Now, thanks to WB and Vanity Fair, the first official images have popped up online, which showcase Vikander in the gritty, grounded retelling of the popular video game franchise. 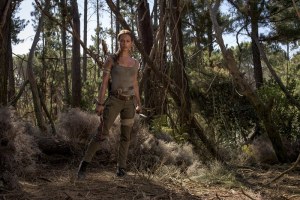 Vikander takes the reigns from Angelina Jolie after her two film (and awesome) stint as the character  in the early 2000s, but rather than reboot and retell that story, this new take on the character will be more in line with the 2013 video game reboot and its 2015 sequel Rise of the Tomb Raider, which followed a younger Lara Croft early in her life, as she learned to become the Tomb Raider she’s known for. And just as these images show, Vikander won’t have silky-smooth hair or a slick wardrobe to help her along her journey, rather embracing the elements around her as she fights for her life, and her father’s.

Speaking of her father, along with the brand new images, VF released a brand new plot synopsis for Roar Uthaug’s movie, which goes as follows:

“Seven years after the disappearance of her father, 21-year-old Lara has refused to take the reins of his global business empire, instead working as a bike courier in London while taking college classes. Eventually she becomes inspired to investigate her father’s disappearance and travels to his last-known location: a tomb on an island somewhere off the coast of Japan.”

HA! A tomb will be raided! In all honestly, it sounds legit. While I enjoy the Jolie led Lara Croft movies as a kid, I’ve come to learn they just didn’t tell the correct story for this character. Vikander is currently one of, if not my favorite actress working today, so having her be the character already locks me in. But then you partner her with a story (which is hopefully executed correctly) such as this one, and I’m really looking forward to what kind of film they can put together.

Alongside the images, VF was able to grab a comment from Vikander. She obviously sounds and looks awesome in the role, with these new images easily backing it up. But many did wonder why she just the role after the career trajectory she was on. She squashes that below:

“I think people can identify with her for lots of different reasons, but for me I very much see her as a model for many young women. She’s trying to carve out her place in the world and connect her future with her past. She also has a fantastic mix of traits—tough, smart, vulnerable, plus she’s kick ass! She is also uniquely different to other characters I have taken on previously. It’s a lot of fun trying to get into Lara’s head and the challenge of getting to grips with such a physical role is an element of this project that I find an absolute thrill.”

With such a disappointing track record for video game movies, and after last year’s disaster with Warcraft and Assassin’s Creed, I had pretty much given up on the video game genre. But ever since the announcement of Vikander as young Croft and now these new images (which is hopefully followed by a first trailer soon), I can’t help but think that Tomb Raider will be the one to break the curse. Not just because it has Vikander (Assassin’s Creed had Michael Fassbender…), but because rather than follow the pieces of a video game story, Tomb Raider is just a straight up adventure story. It doesn’t have to worry about mythology that could slow the story down or sci-fi elements that work in the games, but not on the big screen. If they keep it simple and fun, there’s no reason it shouldn’t succeed.

What do you think about our first look at Vikander as Lara Croft? Are you looking forward to the reboot? Do you think it could be the genre curse breaker? Roar Uthaug’s Tomb Raider will be released on March 16th, 2018 and stars Alicia Vikander, Walter Goggins, Daniel Wu, and Dominic West. 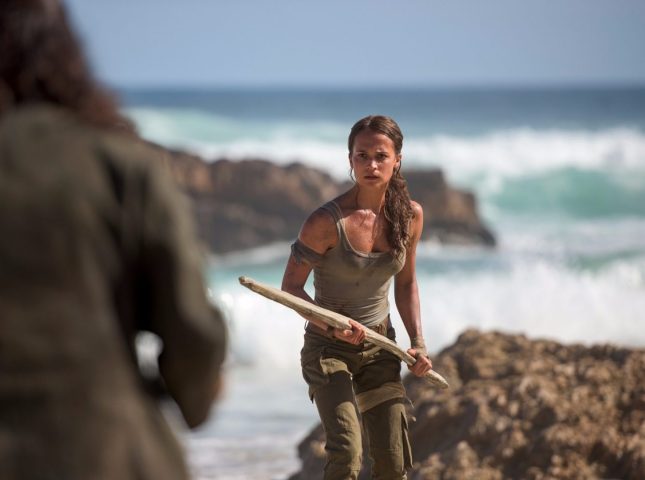