Which DC Project Could Warner Bros. Be Looking to Move to 2018? 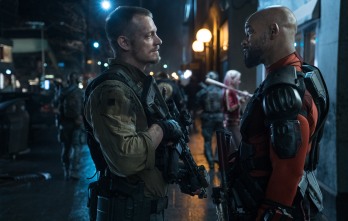 Warner Bros. recently moved back the Aquaman solo movie (directed by James Wan) by two months to now December 21, 2018. My fingers are crossed that Lucasfilm doesn’t move next year’s Han Solo anthology film from May to December, because honestly, that would be a d*ck move. Anyway, the move by Warner Bros. now allows them to push forward another DC project to begin production this year, which would then give the studio two movies releasing next year.

According to Variety’s Justin Kroll, WB has five options in Suicide Squad 2, Gotham City Sirens, The Flash, Green Lantern Corps, and Dark Universe. More importantly though, WB is not interested in rushing the development process in any of these projects. It’s nice to see them learning from their previous mistakes. The question now is which project is ahead of schedule to start filming this year? Here’s what we know so far about each project:

Suicide Squad 2 – Mel Gibson is currently in talks with Warner Bros. to see if they can find a story. The studio also has other directors in mind should Gibson walk away. There’s no reports of a completed draft of a script.

Gotham City Sirens – Margot Robbie is returning as Harley Quinn and also producing the picture. David Ayer is attached to direct, with a script being written by Geneva Dworet-Robertson. Previously, Ayer has been active on twitter by posting photos that tease appearances from Catwoman, Poison Ivy, and Black Mask. 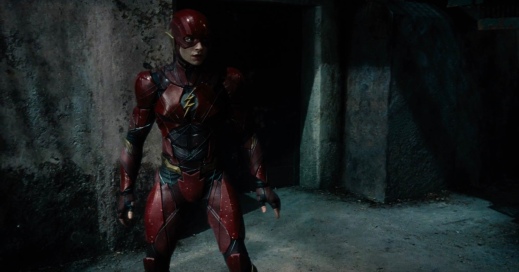 The Flash – This project can’t seem to keep a director for more than a few weeks. Right now, no directors are reportedly in talks. Phil Lord and Chris Miller initially wrote a treatment for the movie, which was then re-written by Seth Grahame-Smith and later Rick Famuyiwa. Last we heard, Joby Harold was brought in to do a page one rewrite. Ezra Miller and Kiersey Clemons remain attached to play the leads.

Green Lantern Corps – David S. Goyer and Justin Rhodes are currently writing the script. The concept of the film is a buddy cop action flick (a la Lethal Weapon) set in space. No directors are reportedly in talks, although rumors say Goyer could be in consideration. There isn’t even a cast for this movie, although Superman himself, Henry Cavill keeps teasing us of a possible announcement soon. Armie Hammer?

Dark Universe – After four years of being attached, Guillermo del Toro dropped out as writer/director last year. The studio soon after brought in Doug Liman to direct, with Scott Rudin producing and Michael Gilio writing the script. Since then, no updates have been given on the project.

Based on what we know so far, it seems to me that Gotham City Sirens and Dark Universe would be the likely candidates to begin production this year. Both projects have directors attached and a likely completed draft of the script. The advantage that Gotham City Sirens has is their lead star in Robbie, not to mention a better concept of what characters and story they wish to tell. This is all speculation on my part, but given Ayer’s tweets, it seems that Sirens is more developed. Plus, Warner Bros. would love to capitalize on the positive reception of Robbie as Harley Quinn.

But who knows? Maybe Warner Bros. signs Mel Gibson, they find a story, and begin filming this August. Maybe WB takes advantage of Liman’s clear schedule later this year, and moves Dark Universe into production. Maybe WB doesn’t rush anything, and is completely fine releasing one film in 2018, as the report suggests. To me, that’s the biggest takeaway.