It’s only March 6th, and 2017 is showing now signs of slowing down. February featured some kick ass action in John Wick: Chapter 2 and March, possibly the most stacked month of the entire year, just started off on an extremely high note with the undeniably fantastic Logan. So what’s next? Well if you look at the calendar, it already feels like we’re in the middle of the summer season, and the following three movies have a big part in that.

Ghost in the Shell, Guardians of the Galaxy Vol. 2, and Alien: Covenant are three of the bigger, if not biggest releases over the next few months. Each are being looked forward to for reasons that deserved to be excited about. The trailers have crushed and while we don’t know just how big or great they’ll really be, we just can’t help ourselves about how awesome they each look. With their main trailers out of the way and their release dates closing in, it’s time to get new and different looks at the movie, this time through new images. First up: Ghost in the Shell.

Ghost in the Shell

I was a bit hesitant on the idea of this film from the beginning, mainly due to it being similar to quite a bit of projects in recent memory, even though some of the projects were based on Ghost in the Shell. Kind of strange how that works, huh? Anyway, I’ve since changed my tune on this movie, and that’s all because of how the movie looks through footage. In short, it looks awesome. Sure, it has big similar traits to big sci-fi movies of the past, but I think that’s why it looks so good to me. I’m a sci-fi guy to the core, so anything in that realm will peek my interest almost immediately.

Along with the new image, Empire released a few comments from star Scarlett Johansson. Johansson plays Major, and while talking with Empire, she said that Major is “at something of an existential crossroads when we meet her.” Here’s what she told Empire:

“She’s living a unique experience as somebody who has an idea of who she thinks she was, and then who she is now, and the person that she feels she is, this sort of gnawing feeling she has in her ghost. Being able to play those three sides: the ego, the superego and the id… That was pretty enticing.”

Ghost in the Shell is released on March 31st.

Guardians of the Galaxy Vol. 2

All but one of these new images come from the hands of Empire and their new issue. With the Guardians of the Galaxy sequel being one this years biggest films, why would it not be on the list? In the latest image, we can see Chris Pratt’s Star-Lord and Dave Bautista’s Drax either preparing for battle or gazing at the destruction they caused. How about the massive weapon Drax is using?

Along with the image, Empire grabbed a tidbit from the lord of stars, who gave us fans an idea of what to expect when we see everyone’s favorite a-holes return this summer:

James Gunn’s Guardians of the Galaxy Vol. 2 smashes its way into our galaxy on May 5th. 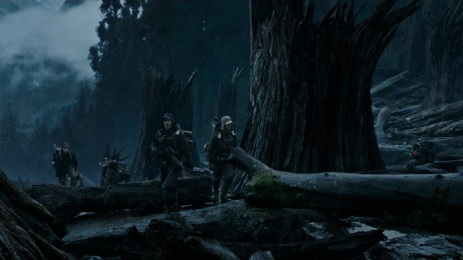 Just as I was with Ghost in the Shell, I was very skeptical on Alien: Covenant when it was announced. Not because it’s another Alien film, but because it was technically suppose to be a Prometheus sequel then it wasn’t, then it was, and it kind of isn’t/is now, I just didn’t care for it. But now knowing it’s official a new Alien with ties to Prometheus, and keeping the trailers in mind, it does look like it’s the movie it’s suppose to be. Prometheus wasn’t horrible by any means, but it was trying to be something it wasn’t, which turned off many fans, including myself. Hopefully all the trailers for Covenant give off exactly what the movie is going to be, otherwise we’ll have another Prometheus on our hands.

Any-hoo, we have two new images for Ridley Scott’s return to true Alien and attached to Empire’s new image, star Michael Fassbender, who plays android David, confirmed that the planet we see the Covenant crew on in the trailers isn’t their original destination, rather a detour while answering a distress call they received. On top of that, Fassbender talked about the characters and praised the development in the Prometheus follow-up:

What’s great about this story is the characters are so different. They’re not just filling out a spaceship, their characters have been thought about. It harks back to those really cool characters in the original Alien, where there are great relationships going on outside of the [alien].”

Alien: Covenant runs into theaters on May 19th.