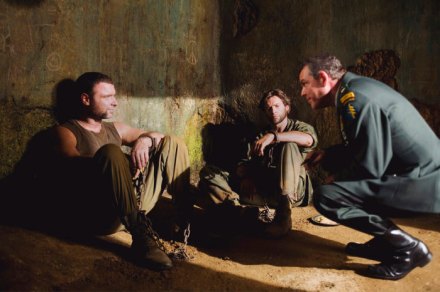 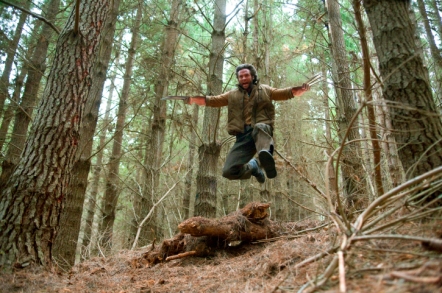 Hugh Jackman reprises the role that made him a superstar – as the fierce fighting machine who possesses amazing healing powers, retractable claws and a primal fury. Leading up to the events of “X-Men,” “X-Men Origins: Wolverine” tells the story of Wolverine’s epically violent and romantic past, his complex relationship with Victor Creed, and the ominous Weapon X program. Along the way, Wolverine encounters many mutants, both familiar and new, including surprise appearances by several legends of the X-Men universe whose appearances in the film series have long been anticipated.

It’s the X-Men film that both 20th Century Fox and the fans want to forget. It’s also the X-Men film that Ryan Reynolds wants 20th Century Fox to never, ever forget. X-Men Origins: Wolverine finally sees Hugh Jackman (as Wolverine) starring in his own solo-film, as opposed to being front and center yet again in another X-Men team up film. The results are a disaster of epic proportions, no thanks to bad writing, bad acting, bad editing, and really bad VFX.

Origins releases just one year after arguably the greatest year for the comic book genre. For DC, The Dark Knight had become a blockbuster phenomenon, by re-introducing a dark, grounded, big-budget comic book film to audiences. For Marvel, Iron Man and The Incredible Hulk was the 1-2 punch that gave birth to the Marvel cinematic universe. For Fox, it was a series of X-Men films subtitled Origins, which was meant to feature planned spin-offs focusing on major X-Men characters, including Magneto and Storm. It made sense to start with Wolverine, seeing as Jackman’s portrayal of the character through the original X-Men trilogy is what made the character more popular than others onscreen. Unfortunately, this project was doomed long before the cameras began rolling. An unclear vision between the filmmakers and studio executives, excessive re-writes during an already lengthy production, a writer’s strike, and more contributed to the underwhelming final result.

The first twenty to thirty minutes of Origins is actually pretty decent. We’re introduced to a young James “Logan” Howlett and Victor Creed, as two half-brother mutants who are forced to leave their homes, after an altercation leaves their father dead. From there, we get a montage of a grown up Logan and Victor (Liev Schreiber) fighting in wars during different periods of time (American Civil War, WWI, WWII, and Vietnam War). It’s a brilliant idea that informs the audience just how long these two mutants have been living, and the experiences that’ve made them rough around the edges. It also lets us know that Victor is maniac, who can’t get enough from killing people. When the montage ends, the two are recruited by William Stryker (Danny Huston) into Team X.

From there, we meet other mutants, such as John Wraith (Will.i.am), Fred Dukes (Kevin Durand), Agent Zero (Daniel Henney), Chris Bradley (Dominic Monaghan), and of course Wade Wilson (Ryan Reynolds). From the moment he first opens his mouth, Reynolds steals the show as Wade. His witty dialogue paired with Reynold’s comedic timing was perfection, and the brief scenes featuring him and Logan only makes the improbable fantasy of them two doing another X-Men film all the more painful to imagine. The sequence of Wade’s katana swords blocking dozens of flying bullets is still awesome to watch. Every member of Team X gets their brief moment to shine, and up to this point everyone thought Origins could be a good film. 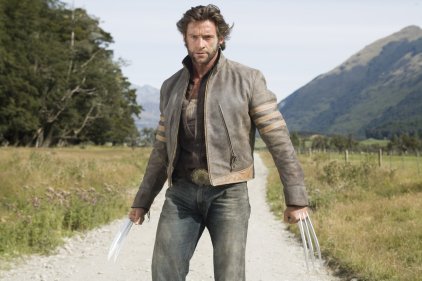 Once the scene in Lagos involving Team X concludes, Origins becomes a complete mess. The story is poorly written, partially because of so many side characters thrown into the film. As a fan, it’s nice seeing X-Men characters onscreen like Blob, young Cyclops, Gambit, and even a badly CGI Professor X, but they all serve little to no purpose. Seriously. Why the need to see a sparring match between Wolverine and Blob, when instead of the fight between Wade and Victor that’s been referenced multiple times? Why does a fan favorite character like Gambit get a truly unmemorable debut, with bad CGI and an elbow to the face? Then there’s Stryker’s ridiculous plan to turn Weapon XI (Deadpool) into the ultimate weapon, by giving him laser eyes, adamantium blades, and teleportation. Not only that, but they sew Deadpool’s mouth shut, which in the context of the film makes sense, however it’s at the cost of a major disservice to the character.

Since this film is supposedly telling the origins of Wolverine, I have to mention the operation Logan goes through to get his adamantium claws. It’s an important scene in the film, and for that I loved the detail they put into the production set. The sequence itself is pretty intense to watch, even if the camera focuses on the computer image of needles penetrating bone. Once Logan is revived, he breaks out of containment, once again yelling in anger. He previously yelled the same way in an earlier scene, after waking up from a bad dream. I don’t blame him for overdoing it, because he’s likely letting out frustration due to the making of this film.

The only other positive about this film is Liev Schreiber as Victor Creed. As far as I’m concerned, Schreiber is one and done as Victor, and that’s a shame. He was intimidating, creepy, and had a great chemistry with Jackman. Other than that, there’s isn’t much else to say about Origins without criticizing it. The acting is bad. The CGI is especially bad. The writing of character dialogue and action sequences is bad. The story overall is not constructed well. Jackman does his absolute best to save the film, but even him sometimes over commits.

I’m surprised this film singlehandedly didn’t kill the Wolverine character, like it did the X-Men franchise. If anything, Origins further complicates the X-Men timeline up to that point. This film left an entire franchise and its star for dead. Thankfully, a new regime took over at 20th Century Fox shortly after, and Jackman took some time off to recharge his batteries for a next attempt that drastically improves on this first film. 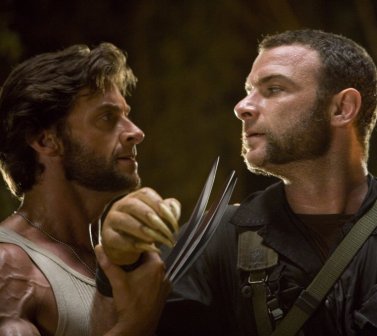