‘Split’ Passes $100 Million at the Box-Office; What’s Next for Shyamalan & This Universe? 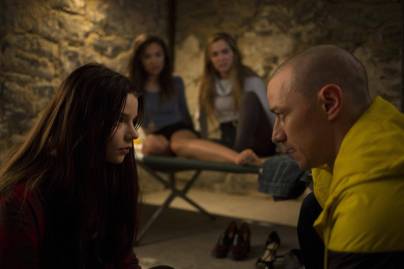 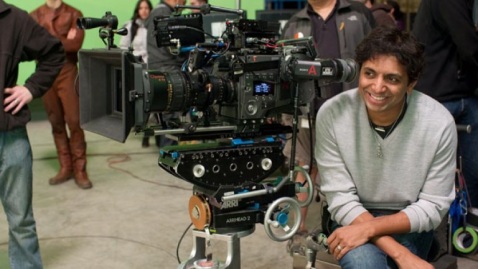 Now that Split has officially passed the $100 million mark at the domestic box office, it’s safe to say that M. Night Shyamalan is back! So what’s next for the director, after two critical hits in a row? If you were hoping for some sort-of follow-up to Split, then you and I are both in luck.

Shyamalan recently took to Twitter and confirmed that he wrote an 11 page outline for an untitled follow-up. And to add to the fire, during a recent interview on the Happy Sad Confused Podcast, the director elaborated on what he has planned so far for the follow-up. In the podcast he stresses the importance of this film, like Unbreakable and Split, having its own idea. He also teases the return of the Mr. Glass character, played by Samuel L. Jackson. It’s all fascinating stuff to read about for Shyamalan fans, and only makes me more excited to see where he takes this unexpected universe next:

Check out Shyamalan’s comments below, and after doing so, let us know how you felt about the big reveal in the comments. Are you a Shyamalan fan? How did you like Split? Are you happy with the ending and how it will continue?

On the status of the script:

“I have a pretty detailed outline of like beats, scenes. It’s very long, which is worrying me, but I don’t see how we can—probably by its nature it needs to be kind of epic. The storyline that I’ve thought through feels very intricate.”

Has Shyamalan ever spoken to Jackson about reprising his Mr. Glass role?

“I said, ‘You know I might be doing this movie and I might combine these two movies, I don’t know if you’re interested in playing Mr. Glass [again],’ he’s like ‘I’m dying to play Mr. Glass! I keep telling you 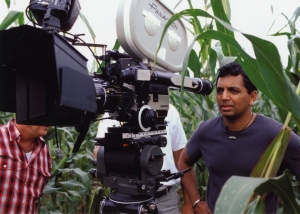 The challenge of making the next film both a threequel and standalone film:

“All I can say is this: If Unbreakable was about a guy who is the only person who survives a train wreck, everyone dies and he doesn’t have a scratch on him. How is that possible? That’s a high concept, really cool story. And then this one is three girls get abducted by a person that has this disorder that he believes he’s many people, and all of the different personalities are saying there’s another personality coming to get them, it’s called The Beast. That in and of itself is a really cool thing. This third movie needs to have its own idea. The high concept of that final movie can’t be, ‘It’s the final Unbreakable.’ There has to be something about that that makes it its own movie… That’s when I’ll be happiest, is when it’s its own movie. In a way it could be watched by itself.”

What was David Dunn (Bruce Willis) thinking up to the point, and afterwards, when discovering The Horde is real?

“My thought bubble would be—again don’t hold me to this—but Elijah never got out of the institution. He was just a guy who believed this, but David doesn’t quite 100% believe it that way, he just thinks that he is particularly meant to do this and is kind of faded a little bit. Like this idea of comic books that Elijah was saying the comic book world is based on reality, that it’s real—there’s no other evidence for this. It’s this crazy guy who has this bone disorder who’s in an insane asylum. But then this comes up and he’s like, ‘Oh my God, he’s right.’”

The evolution of the ending of Split:

“There was another version of the credit sequence which was comic book, which was graphic images of The Beast and then David Dunn and then Elijah and then them all mixing together. When I saw it done I was like, ‘This is a fucking home run,’ and then when I put it on the movie it didn’t work… It’s one thing to say, ‘You saw an origin story,’ but to go into other characters…David Dunn is reacting to the news of The Horde. End of story. If you keep going it starts to undermine the movie you just saw.” 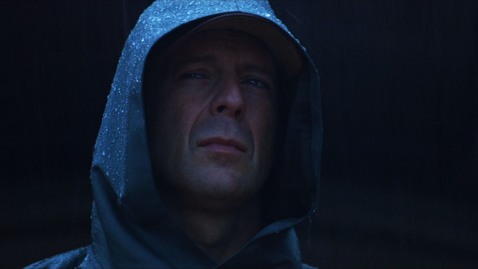 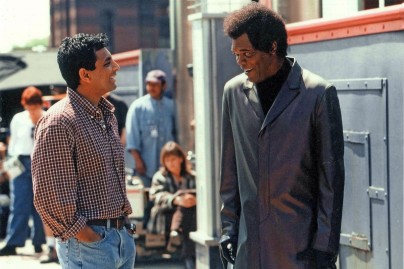