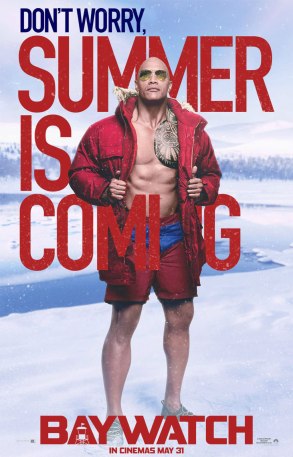 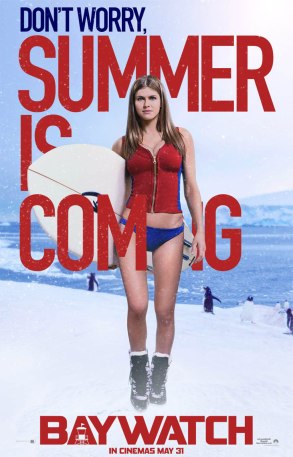 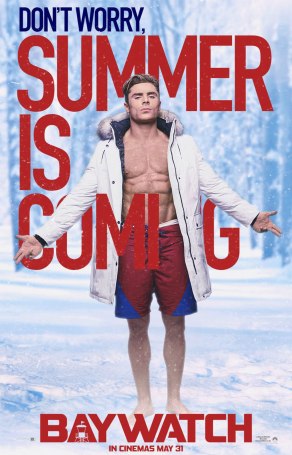 While it’s been pretty damn cold outside lately, most definitely here in California, the folks over at Baywatch want you to know that there’s no need to worry because summer is coming. The big screen adaptation of the popular ’90s television show is still a few months out, but the film is taking the great opportunity to market during this cold winter season with some new posters.

Although we have an official synopsis, it’s pretty easy to understand the concept. It’s Baywatch. But if you don’t know what Baywatch is, the trailers do a good job of introducing what kind of story will be taking place, more specifically, the most recent trailer where we finally saw Priyanka Chopra’s villainous club owner. So to this point, the only real thing that needs to be known is that this modern day take is aiming to be an R-rated raunchy comedy that stars a cast of characters, which has Dwayne Johnson, Zac Efron, and Alexandra Daddario leading the way.

As far as how it looks? It actually doesn’t look bad. Dwayne Johnson is a given, everything the guy touches turns to gold. Efron is the wildcard as he has had both hits and misses and Daddario, she has really grown to become a strong female lead in movies such as Baywatch, not to mention that she’s easily one of the most beautiful girls in Hollywood. Keeping it mind both its main players and the footage thus far, Baywatch looks to be the comedy hit of the year, just as we are.

Check to the new posters below, both motion and classic character posters. After doing so, let us know your thoughts in the comments on not just the clever new one-sheets and videos, but how the footage has looked to you. Does it look funny? Are you interested in the new action element? Seth Gordon’s Baywatch hits theaters on May 26th, 2017 and stars Dwayne Johnson, Zac Efron, Alexandra Daddario, Kelly Rohrbach, Ilfenesh Hadera, Jon Bass, and Priyanka Chopra. 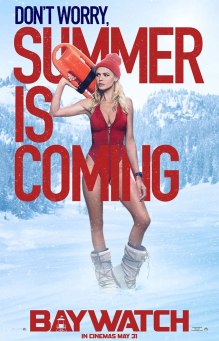 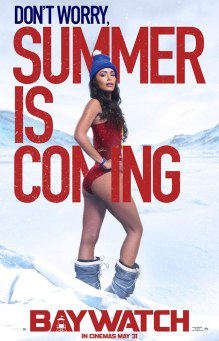 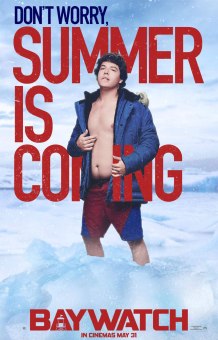 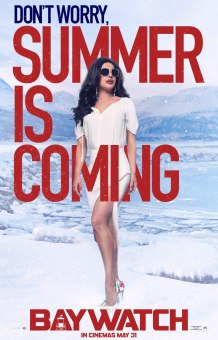