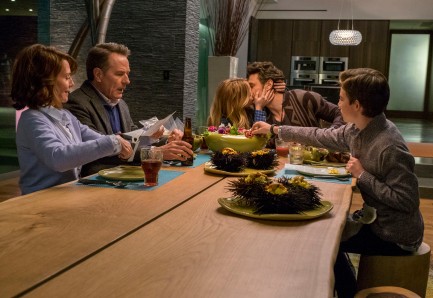 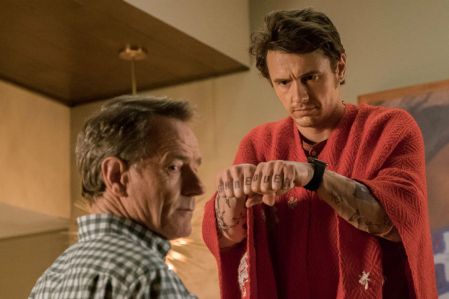 Below you can listen to our new, spoiler-free review of raunchy holiday comedy Why Him?. The film is directed by John Hamburg Craig and stars James Franco, Bryan Cranston, and Zoey Deutch. Again, this is a non-spoilers review as Gio and myself (Jake) give our thoughts, both positive and negative, on the film, as well as talk about our experience overall without giving away anything that will ruin the story. Did we enjoy the comedy? Was it better than I thought it would be? what about the story? Find out below…

Also, make sure to hit that like and share button, as well as your support with a follow on our YouTube channel here: Apocaflix! Movies. Don’t forget to head down to that comment section and give us your thoughts on not just our review, but what you thought of the film as well. Was it as funny as you hoped? What was your favorite moment? What score would you give it? And as always, thanks for listening!

Here’s the official synopsis for Why Him? before checking out our review:

Over the holidays, Ned (Bryan Cranston), an overprotective but loving dad and his family visit his daughter at Stanford, where he meets his biggest nightmare: her well-meaning but socially awkward Silicon Valley billionaire boyfriend, Laird (James Franco). The straight-laced Ned thinks Laird, who has absolutely no filter, is a wildly inappropriate match for his daughter. The one-sided rivalry-and Ned’s panic level-escalate when he finds himself increasingly out of step in the glamorous high-tech hub, and learns that Laird is about to pop the question.