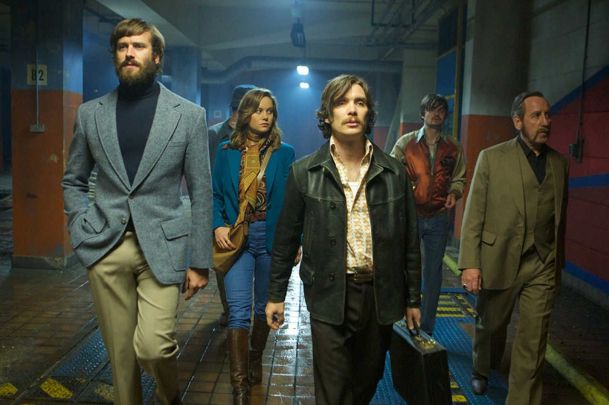 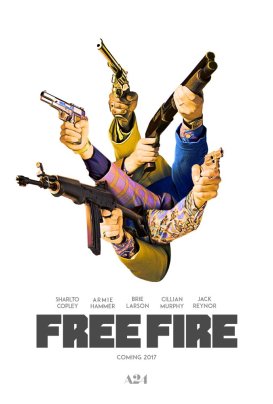 When it comes to UK cinema, Ben Wheatley is a name that will be recognized almost immediately. The director of this year’s High-Rise (starring Tom Hiddleston) is well known across the pond for some of the biggest, most outrageous, and remarkable pieces of film for the better part of the last decade.

The director’s next film, titled Free Fire, is all about a gun deal gone terribly, terribly wrong, and it looks quite explosive. The film is said to have premiered Toronto International Film Festival (TIFF) to a very positive response, and that isn’t hard to believe after the following (first) trailer. The extremely, high-octane film stars Armie Hammer, Brie Larson, and Cillian Murphy as key players in part of a gun deal with Sharlto Copley. And the trailer, although having quite a lot going on, grabs your attention almost immediately with things that look nothing but painful for everyone involved.

While the film was definitely aimed towards a certain taste, I hope Wheatley’s name will begin to rise here in the states. His work is unlike any we’re seeing these days, as he strays so very far away from the typical blockbuster we see on a day-to-day basis. He takes small concepts and turns them into spectacles, twisting them into a creative and quite psychedelic pieces of cinema.

Make sure you take a look at the new red bad trailer below, and let us know your thoughts in the comments. Have you see any of Wheatley’s work? What did you think of the trailer? Are you looking forward to it at all? Ben Wheatley’s Free Fire will be released some time in 2017 and stars Sharlto Copley, Armie Hammer, Brie Larson, Cillian Murphy, and Jack Reynor.

Set in late 70s Boston, the film stars Brie Larson, Cillian Murphy, Michael Smiley, Armie Hammer, Sharlto Copley, Jack Reynor and Sam Riley. Larson plays Justine, a woman who has brokered a meeting in a deserted warehouse between two Irishmen (Murphy, Smiley) and a gang led by Vernon (Copley) and Ord (Hammer) who are selling them a stash of guns. But when shots are fired in the handover, a heart-stopping game of survival ensues.