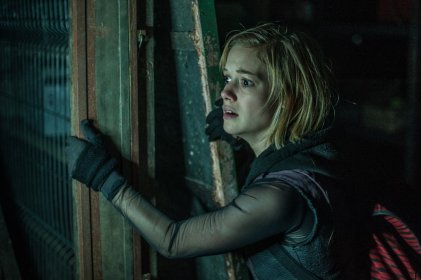 The horror genre has had quite a good summer, the best one in recent years in my opinion. Both The Conjuring 2 and Lights Out were not only a hit with critics and fans, but they were both long-staying hits at the box-office. What does that mean? Audiences are still craving the horror genre. That’s why Don’t Breathe is lined up perfectly this weekend.

Directed by Fede Alvarez (Evil Dead) and starring Jane Levy, Dylan Minnette, and Stephen Lang, Don’t Breathe follows a group of friends who decide to to break into the house of a very wealthy blind man. They think they’ll get away with the perfect heist, but little do they know, they picked the wrong house.

Everything I’ve seen from Don’t Breathe to this point has been very much on point. It looks exciting, thrilling, and definitely has its terrifying moments. What would you do if you were locked in a house with a blind man who has heightened senses and will kill you with a flip of the switch? Sure, those kids seem to have gotten themselves in that dumb ass situation, but I know I’ll be gripping my seat as tight as possible as we see the story unfold. What secrets are waiting to be told? Is he just a blind man? Which kids get out, if any? I’m definitely ready to find out!

To build the anticipation, a new red band trailer and duo of clips have been released for the horror thriller. I’ve personally taken a step back from watching the following videos to avoid anything I want to see, but if you do check them out, let us know in the comments what you think. Are you just as excited as I am? What do you think of the premise? Fede Alvarez’s Don’t Breathe hits theaters today and stars Jane Levy, Dylan Minnette, and Stephen Lang.