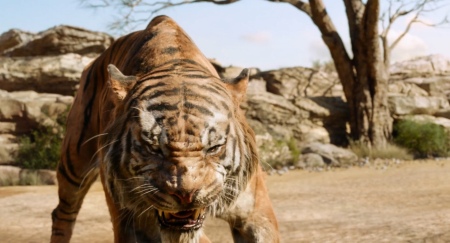 From the very beginning, Disney claimed that Jon Favreau’s live-action adaptation of the animated classic The Jungle Book would be different. We’ve never see special effects like this before. We’ve never seen animals talk and come to life like this before. The claims went on and on, but the difference between Disney’s claims and claims made by other studios about their own projects? Disney was on the money.

The Jungle Book, from director Jon Favreau and featuring an all-star voice cast, is still one of 2016’s best films. It not only captured what the animated classic did all this years ago, but built on it for modern day audiences. It created a new self while keeping its old one, if that makes sense. Now I always believed this film would crush the way it did, it had, on paper that is, everything in its favor. But everyone isn’t me, and many thought there was a good possibility that this idea wouldn’t work. Screen Junkies isn’t part of that conversation, but their following honest trailer on The Jungle Book does recognize that some of the things that worked so well in the movie, should’ve crashed and burned. In other words, SJ’s latest honest trailer is a huge tip of the cap to Dinsey, Favreau, and everyone involved. The Jungle Book hits shelves on Blu-ray and DVD on August 30th, 2016.