Deadshot is a big time anti-hero in the DC comics. He’s considered to be one of Batman’s greatest foes. He’s also one of the main players in Task Force X, a group of villains sent on suicide missions. If the producers of DC films and director David Ayer wanted to bring him to the big screen, it would require a big time actor to play the role. Enter Will Smith, who after a few mediocre blockbusters like MiB 3 and After Earth, needed a project to revive his once dominant career. What better than a comic book movie?

Action roles are nothing new for Smith, but Deadshot will be a character unlike anything he’s played before. In a recent interview, Smith hints at what it took both physically and mentally to become Deadshot.

“On Bad Boys I trained in Miami with special-ops guys,” Smith says, “but this is a whole other level. It took 20 minutes to get all the equipment on, and the wrist-Glocks were kinda like a bra strap — it took a while to master. But the psychological component was much more difficult. I had to learn to get comfortable with the idea of killing a stranger.”

Several rumors for Suicide Squad claim that Deadshot (a.k.a Floyd Lawton) will have some of the film’s heavier, emotional moments. In the very first trailer, we see a glimpse of the character shopping in civilian attire, with his daughter by his side.

“As the movie opens, he has a really big career score,” Smith says. “He’s looking to turn over a new leaf with his daughter after the hit, but it goes wrong. It goes terribly, terribly wrong. And it lands him in Belle Reve for life.”

Its likely this film will follow the comics, where Deadshot is forced into joining Task Force X by Amanda Waller (played by Viola Davis), as she uses his daughter for motivating him. The photos above show two very different father/daughter moments.

One thing that’s often been hinted through interviews is a love triangle, which in a film like this one would seem out of place. However, in the recent DC animated film Batman: Arkham Assault, Deadshot and Harley Quinn actually have a little thing going on. It looks as if this film will borrow from that, judging from a recently released photo below, and this quote from Smith.

“Harley is the biggest troublemaker, but Deadshot’s actually eyeballing her a little bit. There’s a pretty ragged romantic triangle there.”

Don’t get me wrong, Harley Quinn (played by Margot Robbie) looks BAD (in a very good way). However, if I’m Deadshot, I might wanna watch my back. It’ll be interesting to see just how far this goes come August. 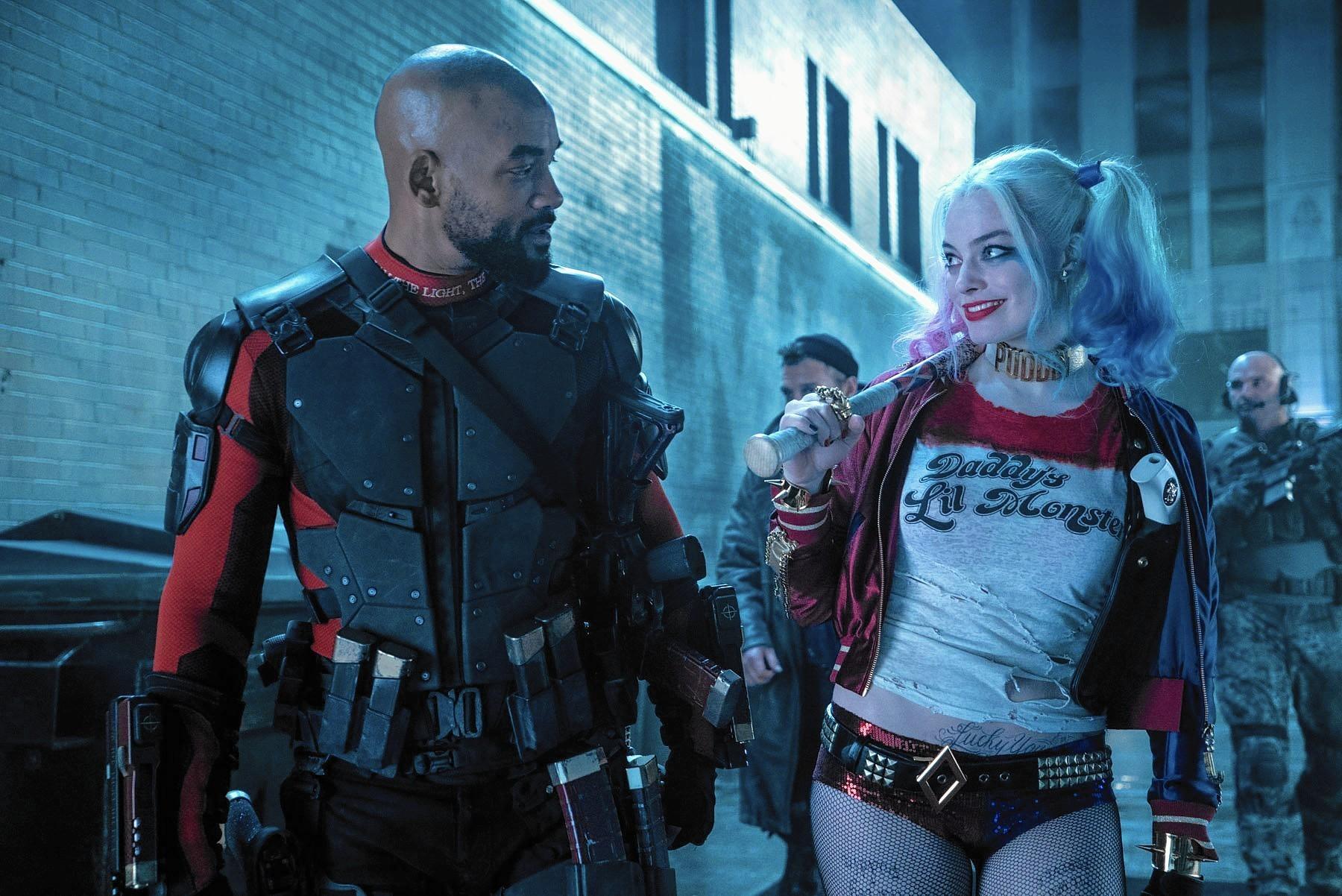