Gaze Upon the Dazzling Character Posters for ‘Star Trek Beyond’ 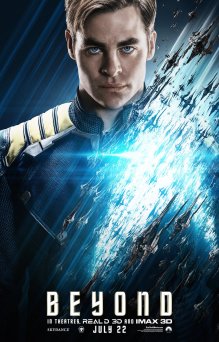 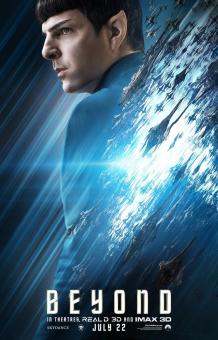 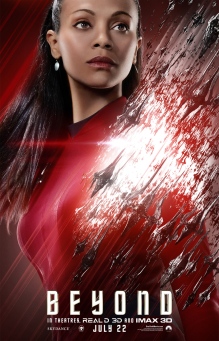 Star Trek Beyond has had a rough road. First it had a director, then it didn’t. Then it landed a director. But then it had a complete rewrite. And while its first teaser trailer wasn’t the worst trailer ever, it wasn’t what we have come to know from this franchise. But all of that was wiped clean about 10 days ago when they released the second trailer for the film, which kicked some deep space ass. Now hot off the heels of the new footage, the official twitter page for the film has been steadily releasing character posters over the last few days, and we now have the full batch.

Kicked off by Karl Urban’s Bones and Sofia Boutella’s Jaylah, and concluding with Idris Elba’s Krall and Chris Pine’s Kirk, below you can take a look at the dazzling new character posters for the latest Star Trek film. All displaying the same format, they are truly some of the more attractive character posters of the year. Are they simple? Sure, but do they need to be anything different? Posters are their best when they capture the essence of the film or a single character in one frame, and I believe these do that. They aren’t floating heads, they don’t look photoshopped. I love the use of the villains ships with the bright, classic Star Trek symbol overcoming them. It’s a great contrast. I’ve really enjoyed all the posters they’ve been releasing for this film, especially the ones that reminisce the original Star Trek. They have only built my excitement to see this film.

What do you think of the posters? Do they catch your eye just as much as mine or are they to simple? What your anticipation for the film? Have you liked the trailers? Justin Lin’s Star Trek Beyond hits theaters July 22nd, 2016 and stars Chris Pine, Zachary Quinto, Zoe Saldana, Karl Urban, Simon Pegg, John Cho, Anton Yelchin, Sofia Boutella, and Idris Elba. 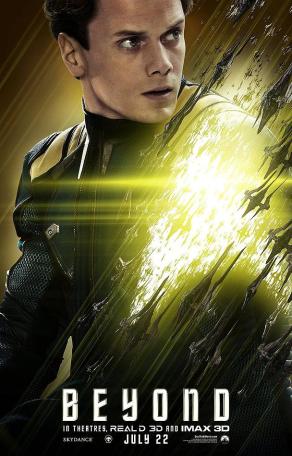 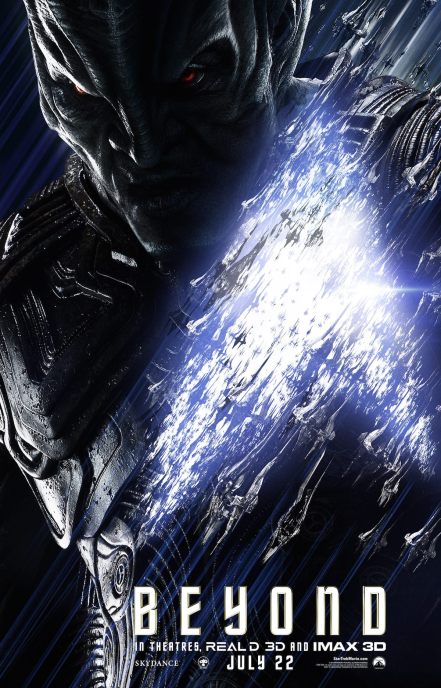 The U.S.S. Enterprise crew explores the furthest reaches of uncharted space, where they encounter a mysterious new enemy who puts them and everything the Federation stands for to the test.