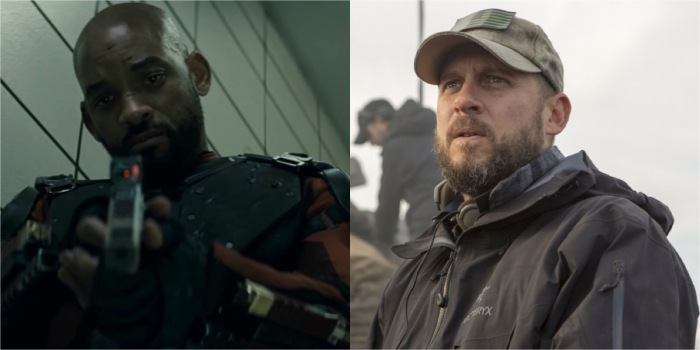 David Ayer has an important comic book film coming out later this year. Like Deadpool, the villain centric Suicide Squad movie will be a fresh entry into the superhero genre. Should Ayer succeed, he’ll not only advance the genre but also potentially elevate his films to must see status.

One of the stars of Suicide Squad is actor Will Smith (as Deadshot), and it’s just been announced that him and Ayer will re-team along with Joel Edgerton for a new film called Bright. The film is described as “a contemporary cop thriller, but with fantastical elements”. Not much else is known about the film, but here’s something that could make or break your excitement. The script for Bright is written by Max Landis (Chronicle, American Ultra).

Landis is a guy that you either love or really hate, and I stand with the former. The man is an incredibly talented writer, and for anyone to blame the failure of a film that he wrote solely on him is uneducated. Film is such a collaborative process with many layers, and the idea of a Landis script in the hands of a director like Ayer, and talents like Smith and Edgerton attached make Bright a very interesting project.

We’ll soon get a preview of a Will Smith performance under the direction David Ayer later on this year with Suicide Squad. Should that turn out to be a success, you can bet Bright will be a film to look forward to in the coming years.

We’ll keep you updated as more developments are made.

Tagged as: David Ayer, Will Smith