Christian Bale Looks Back on His Time as Batman

Like Adam West, Michael Keaton, and Val Kilmer or George Clooney (take your pick), Christian Bale will be a Batman we remember for their time. Soon the whole world will embrace a new Batman (played by Ben Affleck), and whether he gets a warm welcoming or not remains to be seen.

Until that time we look at Bale as arguably giving the best portrayal of the Caped Crusader. The Dark Knight trilogy from Christopher Nolan remains one of the greatest trilogies in cinema history. Speaking with Yahoo Movies!, Bale had the opportunity to reflect on his time donning the cape and cowl. His response is somewhat surprising.

I didn’t quite manage what I hoped I would throughout the trilogy. Chris [Nolan] did, but my own sense of self is like, ‘I didn’t quite nail it.’…Heath turned up, and just kind of completely ruined all my plans. Because I went, ‘He’s so much more interesting than me and what I’m doing.’ 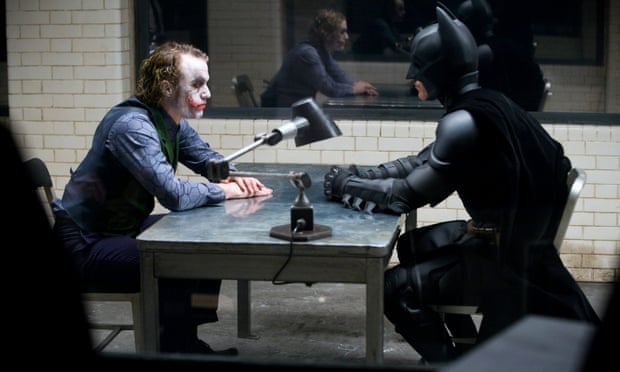 The first thing that comes to mind is how Bale completely changed his Batman voice. For me personally, I liked how he sounded in Batman Begins. However, in The Dark Knight he began speaking very roughly, like something was stuck in his throat. Anyways, I’m sure Bale regrets nothing about playing Batman. Sure there are probably a couple things he would’ve loved to go back and improve on, but that’s natural in life.

As for Bale’s thoughts on the new Batman, he didn’t give us any clues. He did however express his feelings when first hearing that Warner Bros was introducing a new Batman given its only been five years since The Dark Knight Rises.

I’ve got to admit initially, even though I felt that it was the right time to stop, there was always a bit of me going, ‘Oh go on… Let’s do another.’ So when I heard there was someone else doing it, there was a moment where I just stopped and stared into nothing for half an hour.

Christopher Nolan sort-of hinted at feeling the same way when Zack Snyder asked for his blessing. Both Nolan and Bale did phenomenal things with the Batman character, and we as fans gave them the impression that we didn’t want anymore movies involving they character without them attached.

Even if Ben Affleck kills it as Batman, and becomes my favorite portrayal ever, I’ll never forget those few years where I could not get enough of the masterpiece that is The Dark Knight. For our this current generation, Christian Bale as Batman will be like Tobey Maguire as Spider-Man or Hugh Jackman as Wolverine. Other actors will come in and do their version, and some will be great, but it’ll never take the place we’ve set in our movie hearts for Bale as Batman.