Call it damage control, call it a show of confidence, or whatever you want, but Warner Bros Justice League film is moving ahead as planned. Recently, there have been troubling rumors surrounding the reception of Batman v Superman: Dawn of Justice. Early test screenings have shown that Warner isn’t getting the reaction it hoped from audiences. As is the case with the internet, a frenzy was created with fans dooming the Zack Snyder directed follow-up to Man of Steel before its even released. Now Snyder and Warner Bros have come out and announced a production start date for Justice League on April  11th, 2016.

Here’s a comment from Snyder (via. EW) on the heavy task of establishing the DCEU mythology and bringing in multiple major characters.

“The idea that we could begin to boot up a Justice League concept was a cool thing. It was a little bit of an ‘about time’ moment, and I don’t blame [the studio] for feeling that way, because it’s a long time coming. But I do feel like it’s a little bit of a creative hurdle. It seems like an easy thing to do at first glance, the idea that, ‘Oh, we just get the rest of the superheroes in there.’ But you have to [establish] a world where they can exist.” 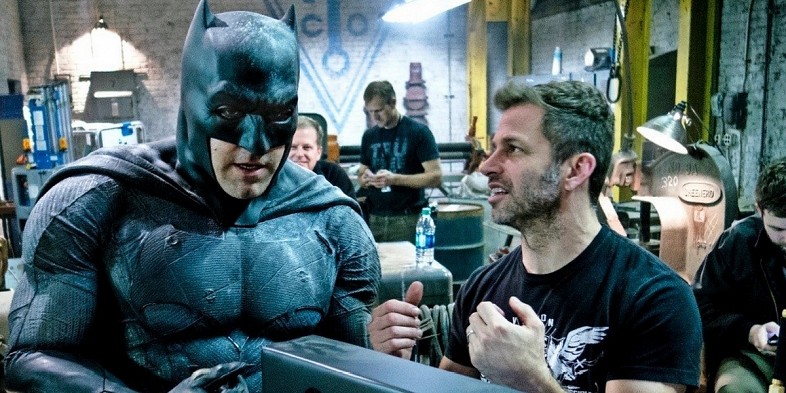 That’s what Snyder hopes to accomplish with BvS. The director has repeatedly emphasized on how the film will focus on the conflict between Batman & Superman, but will also tease a bigger world that exists. An official run time of 2 hours and 30 minutes certainly gives the filmmakers enough time to do such, but like with any film it comes down to execution.

Chris Terrio (Argo, Batman v Superman) is currently in charge of script duties for Justice League, with Snyder set to direct Part One and Part Two. Production on the latter film will take place separately with its 2019 release date. For now, its all systems go with Ben Affleck (Batman), Henry Cavill (Superman), Gal Gadot (Wonder Woman), Jason Momoa (Aquaman), Ezra Miller (The Flash), and Ray Fisher (Cyborg) all set to reprise their roles.