George Miller is best known for leaving a mark on the action genre with his Mad Max films. The 2016 Oscar nominated director managed to deliver one of the best action films in years with Fury Road. I’m excited to see him return and direct a follow-up, but I’m also hoping for him to take on different projects. Specifically the comic book genre for Warner Bros and their future Man of Steel 2. The director has continuously expressed interest in the past regarding the DC world, and at one point was set to direct a Justice League movie back in 2007, but the project was scrapped by Warner.

We’ve previously heard stories from several people involved about why that project never happened, regardless of having a director, a cast, and a strong script. Recently, Miller was asked to explain his take on what happened. His answers hint not at creative differences, but rather bad timing.

Justice League was the main one. That was, oh, seven years ago, I think. And there was a really great script. And Warners said, “Let’s do it. Let’s do a Justice League.” I really was attracted to it. But there was a writers strike looming. We had to cast it very quickly, which we did with Warner’s casting people. And we cast it really quickly and we mounted it very quickly. And it depended on a start date and it depended on some basic rebate legislation that had just got through a new Australian government. But it was just too big a decision for them to make in the time. And that fell through and the whole film fell through.

We almost got there. And it wasn’t to be. But that happens a lot, where films line up and the stars look like they’re aligning and they didn’t.

The best and most recent example of a cancelled project with so much development is The Death of Superman Lives, What Happened?, which I highly recommend watching.

What’s interesting about this Justice League project is how Warner made an effort to make it happen right after Christopher Nolan’s Batman Begins. The universe of Miller’s JL would have existed separately from Nolan’s universe, with another actor playing Batman (Armie Hammer). That without a doubt would’ve confused audiences and possibly turned them off. People would begin comparing Christian Bale’s version of the character to Hammer’s, and that’s just the beginning. As we now know, Miller’s JL ended up being scrapped while Nolan went on to direct arguably the greatest comic book movie ever in The Dark Knight.

Those of you hoping to see Miller direct a comic book shouldn’t give up hope. Considering how close he came to directing JL, his interest towards the DC mythology, and his excellent relationship with Warner Bros, I still believe there’s a possibility of Miller taking on Man of Steel 2. The film is currently not on the announced DC film slate, however, I believe Warner Bros isn’t foolish enough to go six years without doing a sequel to Man of Steel, or a Batman standalone movie. Would you do so, if you were the studio exec. at Warner? 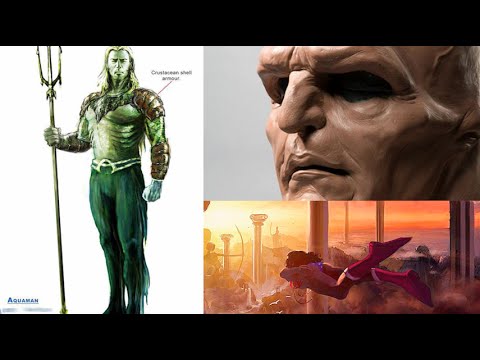