War Is Coming in a New Action-Packed ‘Warcraft’ Spot, New Images as Well

While many of us are waiting to see if a year lined with six comic book movies will make or break the genre, there’s two other movies that have the same weight on their shoulders. The history of video game movies are tough, TOUGH, but 2016 could finally be its year. Both Warcraft and Assassin’s Creed come out this year, movies that could change things around for the genre. Come this June, we’ll be able to see if the

first, Warcraft, can live up to what we’re all hoping. As of right now, it has everything going for it. A proven director in Duncan Jones, a solid cast, a great blueprint, and a killer first trailer.

Now time and time again we’ve seen that with many movies that end up being disappointing, but Warcraft feels different. More than any other video game movie of the past, there is a ton of positive backing behind this project. Everyone feels like this is it, that this is finally the movie to break the video game curse. And I know for myself, I believe that Duncan Jones and company are up to the task and able to deliver something we can all go home happy with.

Speaking for myself and a few others, I know that after watching that debut trailer for the first time, we definitely wanted to see more right away. Not only were the visuals off-the-charts, but it was just all kinds of awesome. Great action, great emotional ties, and great teases of some solid world building. So while we all wait for its second trailer, the marketing team over at Universal have given us a little tease in the form of a new TV spot. It does feature shots we’ve previously seen, but it also features some new looks if you’re able to catch them in it’s quick, action-packed cuts.

It’s a pretty awesome spot. I’m not afraid to admit that I’m not the biggest fan of the fantasy genre (sorry to you TLOTR fans), but I’m surprisingly entertained and pretty excited to check this one out. Not only because I like the footage so far, but I’m a big fan of Duncan Jones. You’re all probably familiar with his bigger title Source Code, which is awesome, but if you’ve never heard of or seen Moon, I cannot recommend that movie enough. It’s one of the best overall films I’ve seen in the last six, seven years. Yeah, now you know why I think Jones is such a valuable piece to Warcraft and the future of video game movies.

The peaceful realm of Azeroth stands on the brink of war as its civilization faces a fearsome race of invaders: Orc warriors fleeing their dying home to colonize another. As a portal opens to connect the two worlds, one army faces destruction and the other faces extinction. From opposing sides, two heroes are set on a collision course that will decide the fate of their family, their people and their home. So begins a spectacular saga of power and sacrifice in which war has many faces, and everyone fights for something. 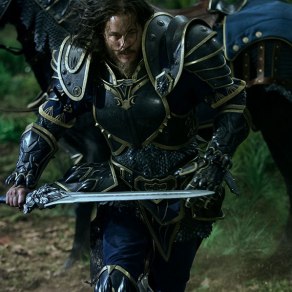 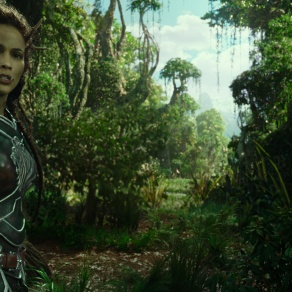 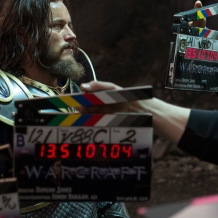 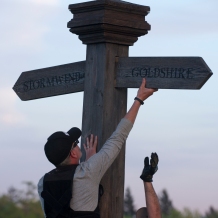