James Cameron’s Advice on the Ending to ‘X-Men: Days of Future Past’

James Cameron is giving us not one, not two, but three sequels Avatar, which the internet doesn’t seem very excited about. I’ll admit that I wasn’t crazy over the first movie, but the name James Cameron alone is enough to get me excited. I mean we’re talking about the guy who delivered some of the greatest sequels of all-time in T2: Judgement Day and Aliens. Have a little faith and a bit more patience. Anyways, that’s beside the focus of this post. I’m here to share something I found interesting in regards to James Cameron and X-Men: Days of Future Past.

-SPOILERS for X-Men: Days of Future Past-

If you’ve seen the movie, then you’re aware of that memorable and emotional ending. Wolverine (Hugh Jackman) wakes up in present day and see’s a peaceful ending in the X-Mansion. Everyone is present and living well, including his pals Cyclops (James Marsden), Jean Grey (Famke Janssen), Rogue (Anna Paquin), and even Beast (Kelsy Grammar). It was a great moment for the franchise. However, Bryan Singer admits that ending wouldn’t have been as memorable, or even possible without a note from James Cameron.

IGN sat down with Bryan Singer, who explained how it all went down…

“I sent the film to Jim, and at the end of that movie, it was very interesting; when Wolverine woke up, originally, my editor was obsessed with this visual blurriness, so when Wolverine’s walking around he’s seeing things in kind of a blur,” Singer said.

“So I sent that to Jim, and Jim called me and goes, ‘Bryan, that blurry thing made me think that the wool was going to be pulled out from under me, and I was not satisfied. I thought it was lie and that it would fail, and it would all be dark. Then suddenly it was okay.’ So I pulled the effect, and it was the only note Jim gave me. He gave me no other note. He said, ‘Oh, I love the movie. It’s going to be great, but please let the audience enjoy the fact that it all turned out okay… in that future.’ [Laughs] So I pulled the effect.” 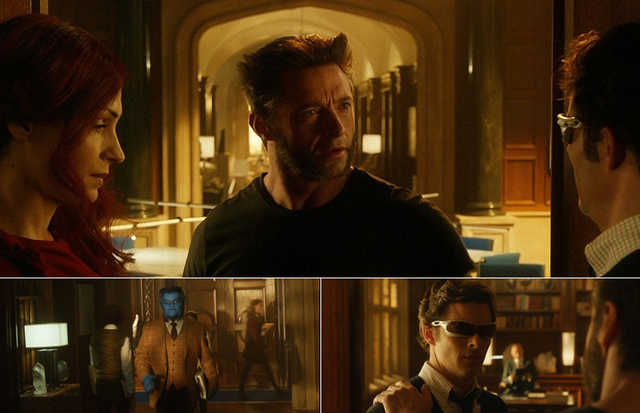 I’m always interested in learning the behind the scenes and thought process of my favorite moments in film. As someone who grew up watching Singer’s X-Men movies in theaters, it was amazing and emotional seeing the original X-Men cast together again. It’ll be interesting seeing what Singer will do in X-Men: Apocalypse, seeing how that film closes out the universe he started back in 2000. It wouldn’t bother me if he went to Cameron once again for advice. The Avatar director may not ever do a comic book movie, but its cool to see him open to giving notes.