Other than Disney, Warner Bros. is probably the most well-known studio among the normal movie-going audience. The studio has been around for a very, very long time and has been a main player for a very, very long time. With that said, their 2015 was just flop city. It’s not that they didn’t put out good movies, because there were some, but almost every movie they put did a big flop at the box-office.

Luckily for them, 2016 is their year. WB is finally kicking off their superhero cinematic universe with both DC films Batman v Superman and Suicide Squad, among many other great looking titles. Now of course it remains to be seen if any of these will be good, but all of us (including WB) are hoping they will, especially those two I mentioned. Here is Warner Bros.’ 2016 studio preview:

How to Be Single

Official synopsis: There’s a right way to be single, a wrong way to be single, and then…there’s Alice. And Robin. Lucy. Meg. Tom. David. New York City is full of lonely hearts seeking the right match, be it a love connection, a hook-up, or something in the middle. And somewhere between the teasing texts and one-night stands, what these unmarrieds all have in common is the need to learn how to be single in a world filled with ever-evolving definitions of love. Sleeping around in the city that never sleeps was never so much fun. 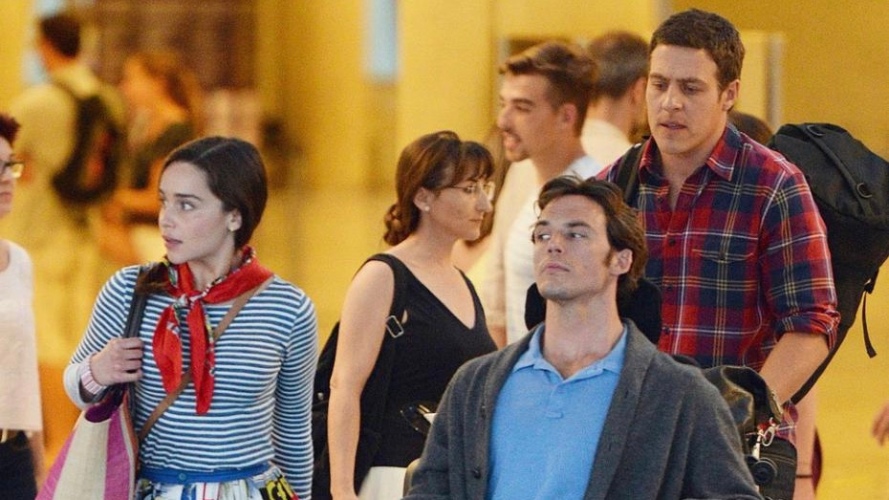 Official synopsis: A small town girl is caught between dead-end jobs. A high-profile, successful man becomes wheelchair bound following an accident. The man decides his life is not worth living until the girl is hired for six months to be his new caretaker. Worlds apart and trapped together by circumstance, the two get off to a rocky start. But, the girl becomes determined to prove to the man that life is worth living and as they embark on a series of adventures together, each finds their world changing in ways neither of them could begin to imagine.

Official synopsis: In the sci-fi thriller Midnight Special, writer/director Jeff Nichols proves again that he is one of the most compelling storytellers of our time, as a father (Michael Shannon), goes on the run to protect his young son, Alton (Jaeden Lieberher), and uncover the truth behind the boy’s special powers.

What starts as a race from religious extremists and local law enforcement quickly escalates to a nationwide manhunt involving the highest levels of the Federal Government. Ultimately his father risks everything to protect Alton and help fulfill a destiny that could change the world forever, in this genre–defying film as supernatural as it is intimately human.

Official synopsis: Plot is unknown at this time.

Barbershop: The Next Cut

Official synopsis: It’s been more than 10 years since our last appointment at Calvin’s Barbershop. Calvin (Ice Cube) and his longtime crew, including Eddie (Cedric the Entertainer), are still there, but the shop has undergone some major changes. Most noticeably, our once male-dominated sanctuary is now co-ed. The ladies bring their own flavor, drama and gossip to the shop challenging the fellas at every turn. Despite the good times and camaraderie within the shop, the surrounding community has taken a turn for the worse, forcing Calvin and our crew to come together to not only save the shop, but their neighborhood. 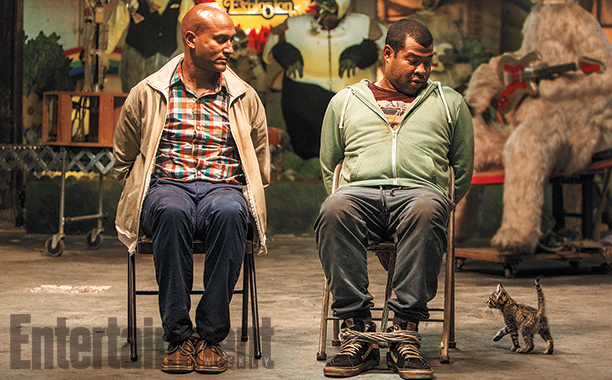 Synopsis: Follows two friends (Key and Peele) who decide to act like gangster drug-dealers in order to retrieve a stolen kitten. 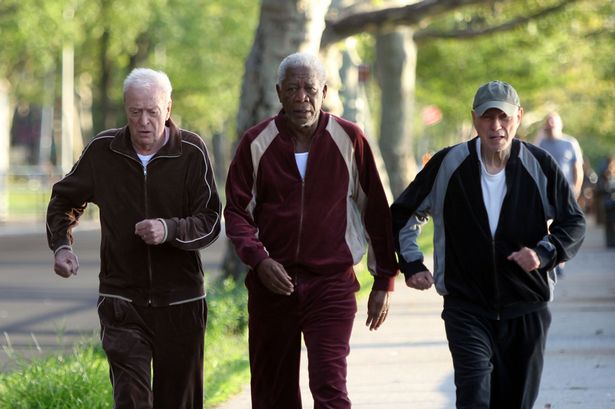 Synopsis: Seniors, who are tired of the monotonous life of feeding pigeons and waiting for social security, decide to rob a bank.

The Conjuring 2: The Enfield Experiment 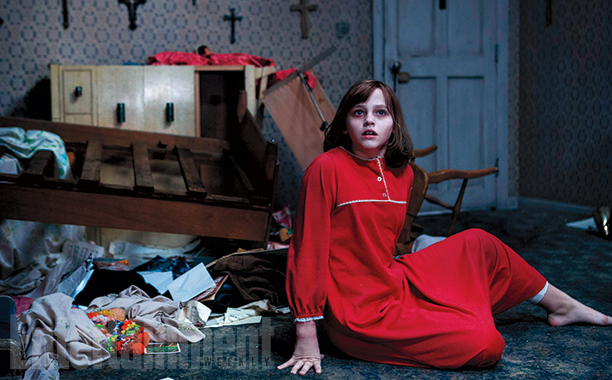 Official synopsis: Plot is unknown at this time.

Synopsis: After reconnecting with an old friend via Facebook, an accountant is thrown into the world of international espionage.

The Legend of Tarzan

Official synopsis: It has been years since the man once known as Tarzan (Skarsgård) left the jungles of Africa behind for a gentrified life as John Clayton III, Lord Greystoke, with his beloved wife, Jane (Robbie) at his side. Now, he has been invited back to the Congo to serve as a trade emissary of Parliament, unaware that he is a pawn in a deadly convergence of greed and revenge, masterminded by the Belgian, Captain Leon Rom (Waltz). But those behind the murderous plot have no idea what they are about to unleash.

Official synopsis: A woman is haunted by a creature that only appears when the lights go out.

Synopsis: A mix of well-known and unknown villains are recruited by the government to accomplish a task deemed too dangerous for superheroes. The historically independent operators must bury their own interpersonal conflicts and agendas to form a cohesive unit to take on a singular task.

Arms and the Dudes 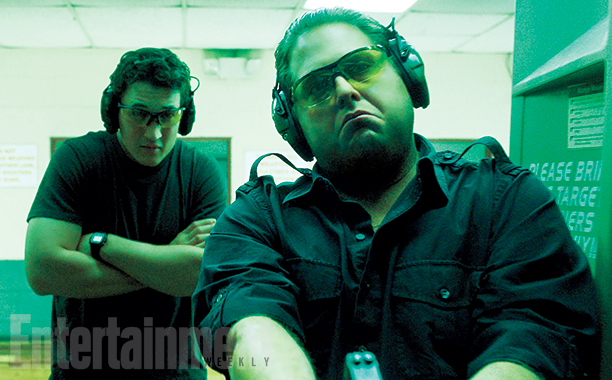 Synopsis: Two stoners, David Packouz and Efraim Diveroli, win a $300 million contract from the Pentagon to arm America’s allies in Afghanistan. The duo makes 85 deliveries of munitions to Afghanistan worth more than $66 million before their arms-dealing careers are cut short when federal agents raid their Miami Beach offices in August 2007, culminating in 71 counts of fraud. 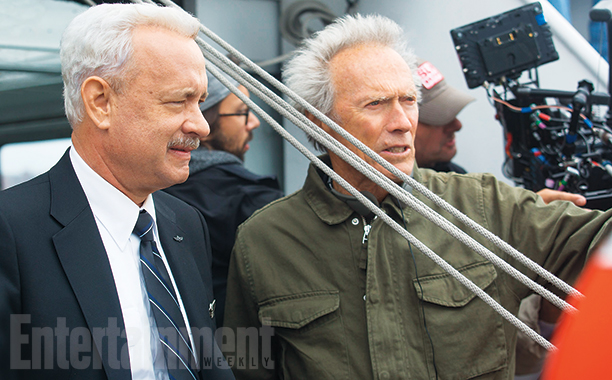 Synopsis: Capt. Chesley Sullenberger, a pilot for more than four decades, is catapulted to fame after birds fly into the engines of flight 1549 on January 15, 2009, crippling the jet. He lands the plane safely on the surface of the Hudson River, saving the lives of all 155 passengers on board.

Synopsis: Plot is unknown at this time.

Official synopsis: Storks deliver babies…or at least they used to. Now they deliver packages for global internet giant Cornerstore.com. Junior, the company’s top delivery stork, is about to be promoted when he accidentally activates the Baby Making Machine, producing an adorable and wholly unauthorized baby girl. Desperate to deliver this bundle of trouble before the boss gets wise, Junior and his friend Tulip, the only human on Stork Mountain, race to make their first-ever baby drop – in a wild and revealing journey that could make more than one family whole and restore the storks’ true mission in the world. 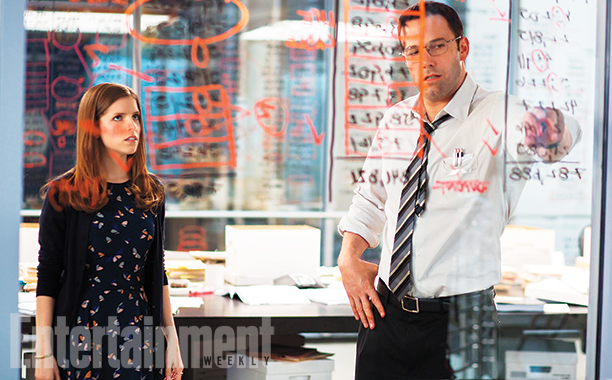 Synopsis: A forensic accountant “un-cooks” the books for illicit clients.

Official synopsis: Fraternal twin brothers find out that their mother’s been lying to them for years about their allegedly deceased father. She confesses she slept around with politicians, athletes and movie stars she met at Studio 54 in the 1970s, one of whom may be their father. The twins set out to find their real dad.

Fantastic Beasts and Where to Find Them

Chicken Soup for the Soul

Synopsis: Described as a story that will inspire, entertain and intrigue.

As with every movie studio, there are plenty of films that will become known as the year and film festivals go on; more films will be introduced under the Warner Bros. umbrella.

Below you can check out our other studio previews for 2016: