Aside from Star Wars: The Force Awakens, the biggest holiday delightful treat has been Tim Miller and Ryan Reynolds’ Deadpool. For months now the film has been kicking complete ass with its marketing, giving unfamiliar fans a perfect look into what and who the character is. By many, its been considered the best approach to a new property ever, if anything it’s definitely in the conversation.

While it is hard to argue against the greatness of its marketing, a knock one could have is that the marketing is singular character heavy. I personally don’t mind it at all, but everything we’ve seen from the movie so far is everything Deadpool. Rightfully so, I mean it is his movie, and he’ll tell you that himself. In fact, he’ll probably say it at least once during his fourth-wall breaking routine. With that all said, this movie will feature a variety of different characters, and we now have more looks at said characters.

Through the Holidays, Entertainment Weekly, Empire, and CBM all released a few images for the upcoming superhero movie. They do give some more great looks at the Merc with a Mouth, with and without the mask, but they mainly highlight those who will be featured alongside him. Check out Ed Skrein’s Ajax, Stefan Kapicic’s Clossus, Brianna Hildebrand’s Negasonic Teenage Warhead, Gina Carino’s Angel Dust, and Wade Wilson’s best girl, Morena Baccarin’s Copycat below: 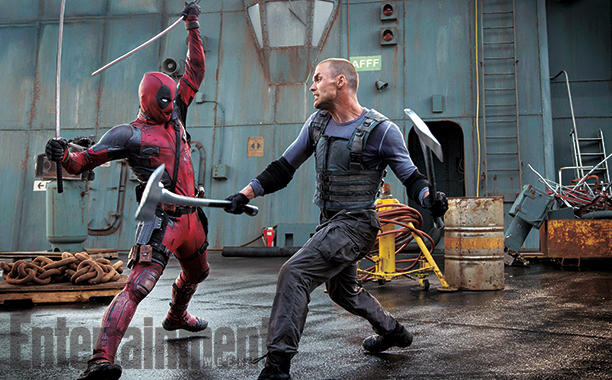 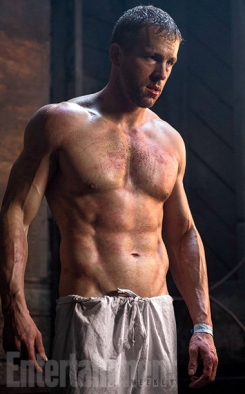 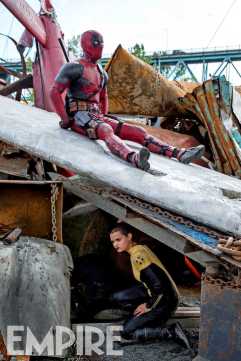 For the most part, these are just more exciting looks at stuff we’ve already seen. Yeah they are all pretty awesome, especially those final two looks. but the most telling images are the two including Hildebrand’s Negasonic Teenage Warhead. They’re interesting because she’s locked and ready to rock in the New Mutants uniform. The latest red-band trailer dropped that little “X-Men bullshit” line, letting us know that they and the pool of death are very aware of the X-Men. Which is even more interesting because I’m wondering how much a PG-13 world will be mentioned within a hard-R world like Deadpool. Anyway, back to the New Mutants stuff.

We were told last year that Fox is currently working on getting a New Mutants movie up and running from The Fault in Our Stars director Josh Boone. Although Simon Kinberg revealed that that script is still being worked on, it looks like Fox may be planting the seeds for that side of the X-Men universe. Could Negasonic Teenage Warhead be the first piece of the puzzle? We only have one month until we found out.

Based upon Marvel Comics’ most unconventional anti-hero, DEADPOOL tells the origin story of former Special Forces operative turned mercenary Wade Wilson, who after being subjected to a rogue experiment that leaves him with accelerated healing powers, adopts the alter ego Deadpool. Armed with his new abilities and a dark, twisted sense of humor, Deadpool hunts down the man who nearly destroyed his life.