First Look: Emily Blunt in ‘The Girl on the Train’

The first official images for Tate Taylor’s upcoming thriller The Girl on the Train have been released online. The film is an adaptation of the best-selling novel of the same name; it follows Rachel (played by Emily Blunt), a lonely, alcoholic divorcee who boards a train for her daily commute. While she witnesses the perfect couple she dubs “Jason and Jess” (played by Luke Evans and Hayley Bennett), one day brings havoc to the couple during one of the train’s routine stops and becomes involved in a thrilling mystery.

The novel is set in London, but director Tate Taylor reveals that the film will shift and take place in Manhattan. He goes on to say that it will only increase the sense of isolation for Blunt’s character because she will remain British. Here’s a comment from Taylor thanks to Entertainment Weekly: “She’s trying to reclaim or redefine herself, and yet she’s not in her native land.”

If you’re a fan of David Fincher’s Gone Girl adaptation, The Girl on the Train is just what you’re looking for. Fincher and Taylor are very different director’s, but the two stories draw some big comparisons to each other. I won’t be going in expecting another Gone Girl, but I won’t be surprised if we get something just like it, which would be great. I’m very interested in this project and the story, especially since it’s a female led mystery thriller, but most of all because it’s Emily Blunt in the role. 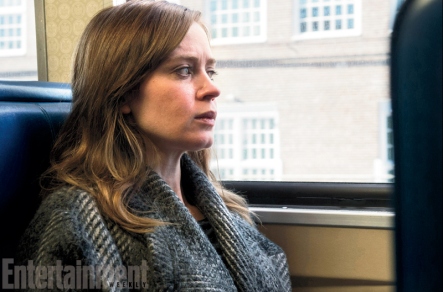