20th Century Fox has released the first official trailer for their upcoming sport film Eddie the Eagle. Starring Taron Egerton and Hugh Jackman, the story follows Michael Edwards (Egerton) as he finds fame after becoming Great Britain’s first Olympic ski jumper at the 1988 Calgary Olympics. The kicker is is that he finished dead last in both the 70-meter and 90-meter jumps. Intrigued yet?

After seeing Egerton in Kingsman: The Secret Service, I was very excited to see what came next for Egerton. The kid has true talent and for it to be a sport drama opposite a total dude like Hugh Jackman, that’s pretty awesome. As for the trailer, it hits the exact kind of tone I was expecting for this type of film and story. There’s no way this story can be told without a few laughs here and there and the trailer definitely had those moments, but because of Jackman’s chops and Egerton’s rising star status, the drama scenes work very well. Truthfully, it’s a lot more compelling that what I was expecting.

I’m a sucker for sport films, always have been. And I’ve never seen an Olympic ski-jumping movie before, the closest thing to this is Cool Runnings and we know how that turned out (AWESOME). I’m now looking forward to Eddie the Eagle a hell of a lot more than I was before. It looks like an exciting and entertaining sport film with a story that deserves to be told.

Here’s the official synopsis, followed by the latest batch of images and first teaser poster:

The film details the inspiring exploits of Michael Edwards, better known as “Eddie the Eagle,” the most famous ski jumper in British history. The film’s portrayal of Edwards’ never-say-die approach to the sport, celebrates the human spirit and resilience in the face of extraordinary odds and challenges. Taron Egerton, who made his feature film starring debut in Kingsman: The Secret Service, portrays Eddie the Eagle, and Hugh Jackman plays a ski jumping expert from Lake Placid who helps Eddie train for the Calgary Olympics. 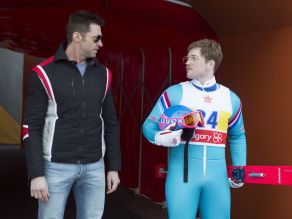 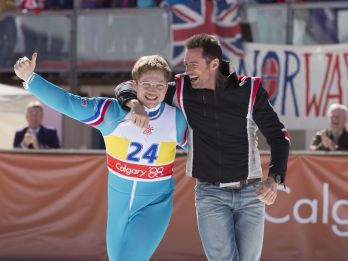 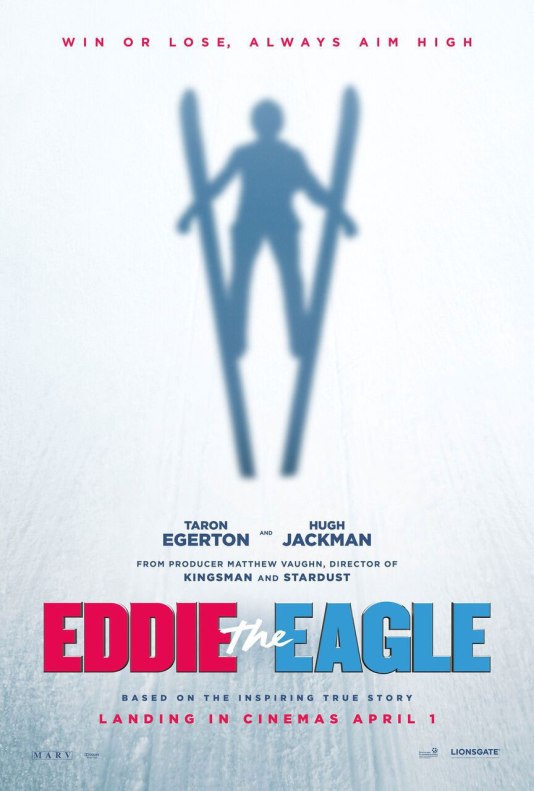