It’s safe to say that the latest trailer for Zack Snyder’s Batman v Superman: Dawn of Justice has all fans pretty mixed. The easiest way to put it is that it was more Dawn of Justice than Batman v Superman, which is exactly what gets us all nervous.  Although the final shot was something comic book fans have been waiting decades for, the tone was a bit shaky and it basically revealed the entire movie.

Now I know a few who felt the trailer was redeemed by that one cool moment I spoke about above. I personally don’t fall in that boat, but if you do, then you’re really going to enjoy these new posters for the movie. The first legitimate set of posters feature none other than The Trinity. I know there are a ton of gigantic fans who are just waiting and waiting for this movie, and will drool over anything released for it, but for me, these posters just don’t do it for me.

The first trailer was a monster there’s no way around it. But then the second dropped and it was a totally different kind of animal, and now these posters are more aligned with the first trailer. I just don’t understand, yet, what they’re trying to go for. Not only that, but I want this to be a Batman versus Superman movie, and these posters (along with that new trailer) give me the impression that this movie is going to be much more Dawn of Justice than Batman v Superman. Decide for yourself: 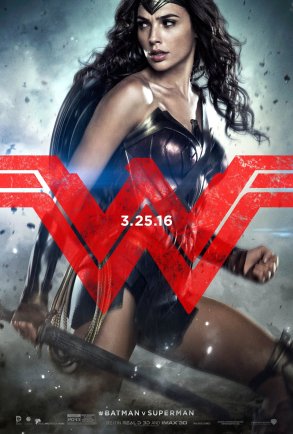