Cocked, Locked & Ready to Rock: 12 Days of ‘Deadpool’ Has Begun

Of course titles like Star Wars: Rogue One, Captain America: Civil War and Batman v Superman: Dawn of Justice lead the 2016 list, but a mouthy little movie is not that far behind. A movie that has been seven years in the making, Deadpool is quickly approaching and must be considered the first major film of 2016.

Now while most – including myself especially – adored the living s**t out of its first trailer, the marketing approach the film has taken from the very beginning is something that will be remember for years to come. From the trailer to images, posters, interviews and viral videos, Deadpool is slowly taking over the world. And with Christmas right around the corner, did we really expect to go through the Holiday’s without any kind of presents from the Merc with a Mouth?

Once again, Deadpool has taken to the camera to give us all one special announcement that should please us all. How can you not love what Ryan Reynolds is doing with this character? Enjoy both the viral video and brand new poster below:

Pretty sweet gift, right? Now because each day for the next 11 days will see something brand new released for Deadpool, I will only be posting about it all every so many days. Don’t get me wrong, I love writing about this movie and everything that comes with it, but I feel it’s a better option to put together three, maybe four posts of all the new goodies instead of a new one every day.

So make sure to stay tune as I will be getting all the new marketing out to you every couple of days, leading straight up to what should be one f**king awesome new trailer. Cheers! 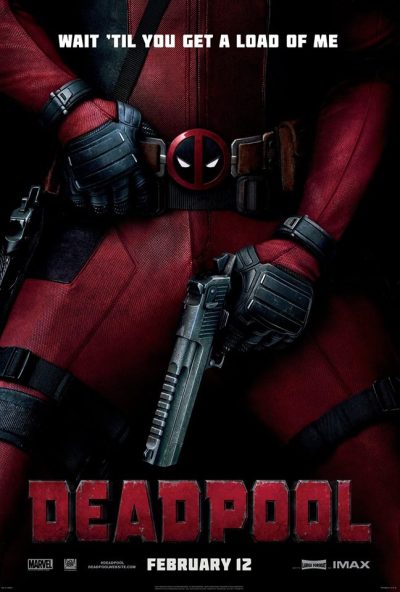