The 2016 nominations for the Critic Choice Awards have been revealed. While the list is certainly a lengthy one, its also a reminder of how great of a year its been for movies.

Check out the list below (via. Collider) and my thoughts on each category’s nominations.

I’m surprised no love for Straight Outta Compton, but still a very strong list. I think right now the award goes to Spotlight, until I see The Big Short, The Revenant, and Room. I wonder if Star Wars: The Force Awakens would’ve made the list?

Strong list, and I’m a firm believer that George Miller will earn an Oscar nomination for what he did with Mad Max: Fury Road. I’ll have to wait and see on The Revenant though.

As much as I’m pulling for Leonardo Dicaprio this year, he has some stiff competition with Michael Fassbender as Steve Jobs. Have yet so see Cranston or Redmayne, and if you have let me know your thoughts on either one.

While Cate Blanchett and Jennifer Lawrence are surefire contenders, its Brie Larson who’s the wild card contender this year. Glad to see Charlize Theron also get love for her performance as Furiosa.

Rocky! Rocky! Rocky! Once again Stallone is an underdog against great performances from Ruffalo and Shannon. Excited to see Hardy in The Revenant. What a year he’s been having!

Kate Winslet really brought it opposite the ferocious Fassbender in Steve Jobs. I’m looking forward to seeing Jennifer Jason Leigh, who’s said to steal The Hateful Eight. Have yet to see Vikander and Mirren, so let me know your thoughts on either.

Ex Machina has been the film everyone has been talking about. However, Inside Out and Spotlight both feature incredible storytelling. And then there’s The Hateful Eight by the one and only Tarantino. I’m going with Ex Machina.

I’ve only seen The Martian and Steve Jobs so far, and both were excellent. Drew Goddard managed to write a great story with The Martian, but I can’t go against Aaron Sorkin. Until I see the others, that’s where I stand.

Unfortunately, I’ve only seen Inside Out, but I have a feeling that’ll be just enough. Pixar all the way!

I haven’t seen any. Please do recommend.

Best Documentary Feature
“Amy”
“Cartel Land”
“Going Clear: Scientology and the Prison of Belief”
“He Named Me Malala”
“The Look of Silence”
“Where to Invade Next”

Once again haven’t seen any yet, but I’m really interested in Amy and Cartel Land. Also please recommend.

The Hateful Eight just in the trailers looked great, but The Revenant looked even more beautiful. My money is on that film and its reigning two-time Oscar winning cinematographer Emmanuel Lubezki (Gravity, Birdman).

I’ve only seen two films on this list, and one of them was Cinderella, which featured some of the most colorful and well designed costumes. I think that film has a great shot at Best Costume Design.

Spotlight gets my vote so far, because its pace is nearly flawless. Although Mad Max: Fury Road cannot be ignored for its lengthy action sequences.

Johnny Depp is unrecognizable as Whitey Bugler. However, at the moment I’m giving it to Mad Max. Just think about the look of the different war parties (Bullet town, Gas town,etc), and characters like the war boys, Immortan Joe, and Furiosa.

If I’m not mistaken, part of The Martian was filmed at NASA. Also the interior of Matt Damon’s temporary home on Mars, and the Ares 3 command ship makes The Martian a tough contender.

I’m going to be a bit biased here, but no song is more deserving than “See You Again“. The impact it had among audiences were huge. No song was more outplayed on the radio, and the significance behind the song is powerful and emotional.

Furious 7 will win an Oscar?!

I’ve yet to listen to any of these, and neither Sicario or Spotlight’s score really caught me while watching the film. Fortunately for them, John Williams’ work on The Force Awakens isn’t qualified.

This is tough, because the VFX shots on Mad Max really make the action sequences stand out. Then you have The Walk, which replicated the view from above the Twin Towers. Finally, The Martian and the environment of Mars and the dangerous storms and shots of space. Also lets not forget Alicia Vikander as the beautiful robot. I think its a toss up.

For this category, it could literally be any film that wins. Each one of these films has an incredible cast. If we’re talking about the most well utilized and powerful performances than…I’m going Straight Outta Compton for the upset, until I see The Hateful Eight, The Big Short, and Trumbo. 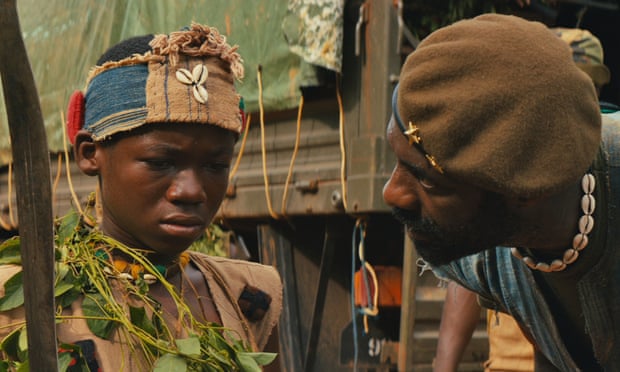 I’m surprised Oona Laurence didn’t get a nomination for Southpaw. I just seen Abraham Attah in Beasts of No Nation, and he gave one of the most powerful performances from a child ever, in a very difficult film to make.

Mad Max: Fury Road all the way! No question.

Daniel Craig gave three better performances as Bond. Paul Rudd and Chris Pratt were great, but were also being themselves. I gotta go with Tom Cruise, who continues to surprise as Ethan Hunt.

While Rebecca Ferguson stole Mission Impossible 5, it was Emily Blunt and Charlize Theron who’s role required more in dramatic and emotional moments. I think it’ll be either one of them.

Tough to vote since I’ve only seen two of these. While Inside Out is the much better film, its Trainwreck that’s the better comedy and surprised audiences.

Jason Statham I hear is incredible in Spy. I’ve only seen Robert DeNiro in The Intern, and he was just as good as he’s been in recent years.

I’ve only seen Amy Schumer’s performance, therefore I can’t really compare it to the rest. Please share your thoughts if you seen any of the others.

Be sure to share your thoughts, including who you think will win!