‘The Legend of Tarzan’ First Trailer & Images: Welcome to the Jungle

2015 is quickly wrapping up, which means all eyes are turning to all the blockbusters of next year. Other than all those juicy comic book movies we’ll get next year, one of 2016s most anticipated films is David Yates’ adaptation of the legendary story of Tarzan, rightfully titled The Legend of Tarzan. The Warner Bros. film stars Alexander Skarsgard and Margot Robbie as the title character and his beloved Jane (who the hell wouldn’t want to love Robbie?).

As a little tease, WB released a batch of images earlier yesterday giving us our first official look at Skarsgard and Robbie in their roles. But the big goodie came a handful of hours later, the first official trailer. And just as it should be, it’s a teaser trailer and a great one at that. We’ve seen a live-action version of this tale before, but it was nothing like this. Yates’ Tarzan looks like it could be the Tarzan we’ve always wanted; strong story, kick-ass action, great special effects, and because of the characters capability/potential, a dark, realistic world that gets us all kinds of excited.

I very much enjoyed the trailer, so much so that I played it a few times back-to-back, and that’s a sign of a solid trailer for me. I wanted to make sure I didn’t miss a single moment because this film is something very exciting. We all know what Yates is capable of, just look at the last few Harry Potter films. And the fact that he jumped on this project has gotten everyone pretty pumped from the beginning.

The trailer didn’t give a ton of the story, which is exactly what a teaser should do. Rather is gives our first look at all the characters and scope of the film. Other than Skarsgard and Robbie, Samuel L. Jackson, Djimon Hounsou and Christoph Waltz all bring great depth to the film, especially in what looks like the very different roles they’re playing. The jungle, the animals and all the special effects look pretty solid as well. As we all know, the animals of the jungle play a big part in this story, especially the Apes, so I’m very interested to see what they look like when it hits theaters. All-in-all, the first trailer for The Legend of Tarzan was a great introduction into this jungle world created. I’m now looking forward to seeing more on the film as its release swings in closer.

Here are those first look images I was speaking about above, which come with its first teaser poster and a handful of cool screenshots from the trailer: 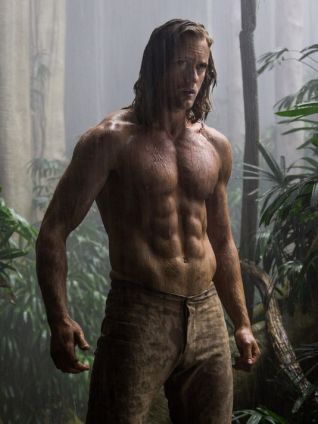 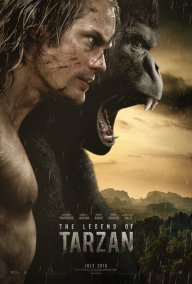