Star Wars is a worldwide cultural phenomenon that has brought joy to millions and millions of fans for decades. Over the years there have been criticisms among fans regarding Star Wars. Their opinions, whether positive or negative, stem from their love for the property. For example, there have been criticisms over the Star Wars prequel films. There have been debates on whether or not Han shot first (is that even still a question). The point is that one fan’s love for Star Wars is no more or less than another’s, so these conversations can sometimes get heated, but its all for love.

Not everyone is a fan of Star Wars and that’s fine. Everyone is entitled to their own opinions and criticisms. However, I recently came across a ridiculous criticism that has somewhat shaken my faith in humanity.

If you love Star Wars then you know Star Wars, and if you know Star Wars then you’re familiar with the “slave Leia” outfit. If not, its a metal bikini outfit that Princess Leia is forced to wear after she’s captured by Jabba the Hutt in ‘Return of the Jedi‘. Its a moment that Star Wars fans will always remember, because lets face it, Leia is absolutely stunning in the outfit. More importantly though is that moment, although memorable, never overshadows who her character truly is. She’s a warrior and a fierce leader. A great example is during the film while she’s wearing the slave outfit and her friends plot a rescue attempt. Leia, while in her metal bikini, manages to free herself and kill Jabba the Hutt by strangling him. The outfit is in no way a representation of who she is as a person. Unfortunately, not everybody understands this, and will read the outfit out of context and in a completely ignorant way.

Last week, Carrie Fisher (who plays Leia) commented on the recent controversy concerning the “slave Leia” doll. A few parents expressed their outrage via. social media when seeing this doll in stores. One parent says “It’s just a bit much for a child. So, no, I probably wouldn’t give this to my 4-year-old and maybe not an 8-year-old.”, while one mother said “It’s true to the scene, but I don’t know if I would purchase this for my girls”. Both comments seem like a reasonable concerns for any parent, until one father took it a step further. “That kind of crap is in the toy aisles for me to see? Nah, that’s pretty inappropriate. I got two daughters, and I don’t need them seeing that crap. They’re like ‘dad why does this doll have a chain around its neck?’ I don’t have any answers. I was just blown away looking at it.” 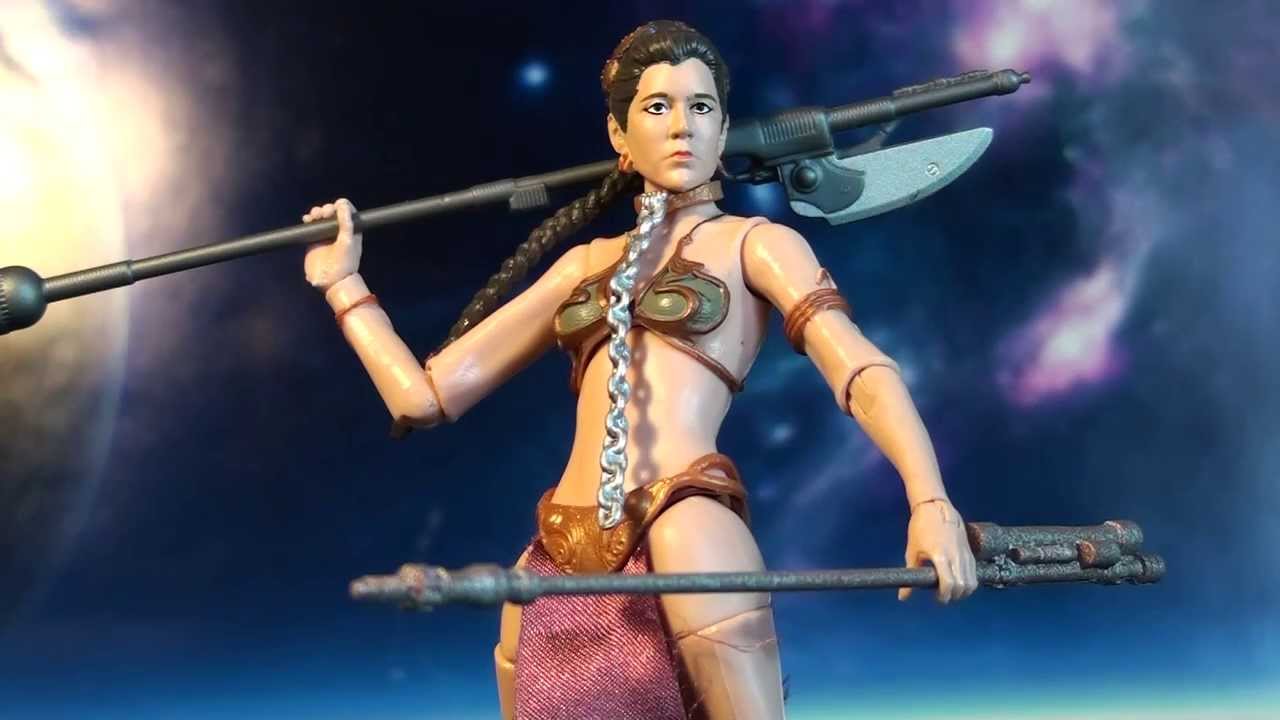 When I read this, I couldn’t believe what this guy was saying. I understand he loves his daughters and would protect them like any real father would. However, they might already be in trouble seeing how big of a deal their father is making out of a Star Wars doll. Even worse is how he views the doll, without any apparent knowledge of the character or context, and still judges it in front of the media. I personally believe there are much worse things out there in the world for children than a Star Wars doll, and the moment you decide to buy them a smartphone or tablet is when they’ll be exposed to things like internet, social media, and the Kardashians.

The words from the father reached Carrie Fisher (via. The LA Times), and her response is probably what the real life slave Leia would say. “How about telling his daughter that the character is wearing that outfit not because she’s chosen to wear it. She’s been forced to wear it. She’s a prisoner of a giant testicle who has a lot of saliva going on and she does not want to wear that thing and it’s ultimately that chain, which you’re now indicating is some sort of accessory to S&M, that is used to kill the giant saliva testicle…. That’s asinine.”

The whole point of this article is how upsetting it is to see people make a big deal out of nothing. We live in an overly sensitive world, and while being a parent is no easy task, its no reason to protect your kids from Star Wars like its bad for them. Educate them by educating yourselves. Take your daughters to see ‘The Force Awakens‘ so they can root for a female led character. Then maybe they’ll watch the original films and see how strong of a character this “slave Leia” turns out to be.