A Prime Batch of ‘Spectre’ Images Have Been Released; Watch All the Latest Clips

Spectre, the latest entry into the epic James Bond franchise, is now just around the corner. It feels like we’ve been waiting forever for this film, yet it was only announced around this time last year. And from the get go, it looked like a film that just should not be missed.

Bringing back Daniel Craig as Bond and Sam Mendes in the director’s chair, Spectre looks to take everything up a notch, and that’s a pretty tough task considering what Skyfall did. But so far, it looks like it’s doing that and then some. Not only has the footage been outstanding to this point, but early reviews (released late last week) are just as expected, revealing that this sequel is just as great as the last.

Now we’ve definitely seen all we can on the film that will determine whether or not we’re excited about it, but it doesn’t hurt to see a bit more, right? In the wake of early reviews being released, Entertainment Weekly has also released a handful of sleek new images, giving us a whole bunch of different and pretty sweet new looks. 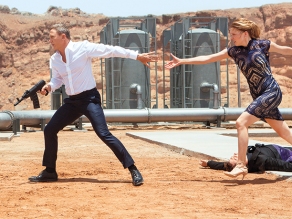 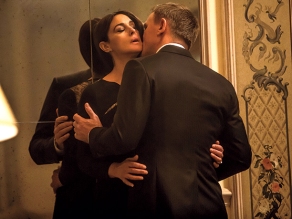 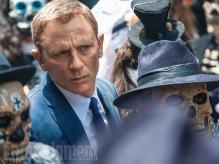 Along with the images, EW actually gave some detail into what each image entailed. But because I felt that they may have touched on spoiler territory, depending on how you look at spoilers, I decided to not include the details with the new looks. But even so, the images are pretty straight forward and give some really good looks into the film.

What do I take away from them? The biggest being that Lea Seydoux’s character looks to much more involved than we initially thought. Through the Daniel Craig series of Bond films, there’s always been Bond girls, but Bond has always acted alone, most of the time. But these new images and a lot of the more recent marketing has brought Seydoux’s character front and center alongside Bond. And many people may not like the idea, but I’m a big fan of it if true. It not only gives more depth to the overall story, but it’s something new for this version of Bond. Who is she? Is she just important because of the mission? Or does she actually mean something to Bond? It’s all very intriguing and I’m very excited to see their relationship. Not to mention that Seydoux is pretty damn easy on the eyes…

These images haven’t been the only thing released over the last little bit, as the films marketing has now looked to releasing clips of the film to quench the thirst of fans. Now the number of clips below is pretty heavy and they could very well (haven’t and won’t watched them) give some very cool things away that you might want to save for the theater experience; you’ve been warned.