It’s always exciting when two huge superheroes share the screen together, but it’s even better when said superheroes collide with one another. That’s exactly what next year’s Batman V Superman: Dawn of Justice is all about. Following Man of Steel and being the next step in Warner Bros.’ DCEU, Dawn of Justice brings together two of all comics’ biggest heroes on the same screen for the first time as they come head-to-head to work out their issues.

With the film being as highly anticipated as it is (duh) and it now only a handful of months out, no doubt we’ll be getting much more dosage of Batman V Superman here pretty soon, the first coming from Total Film. The popular magazine has not only released their cover for the film, but some fantastic new images for the superhero epic, as well as a few words from director (and DCEU head) Zack Snyder.

First up are all the new looks, which feature DC’s holy trinity of heroes – Batman, Superman, and Wonder Woman. The images aren’t super telling, but if you’re a fanboy like me then these are a great start to what is hopefully a strong marketing campaign. Batman V Superman is one of the few films that could literally use no marketing at all and it will still absolutely crush. Why? Because it has DC’s biggest titans sharing the screen together for the first time ever, which is insanely exciting. 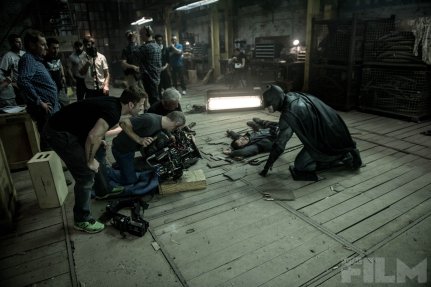 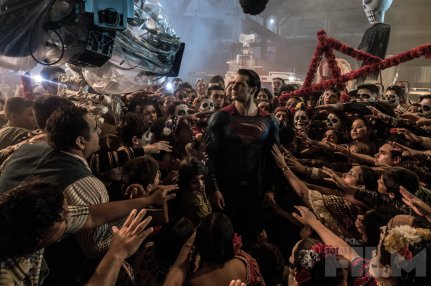 Like I said, nothing above is super telling. But it’s still really cool and exciting to see more new looks at the film. It may not be much, but the tidbits here and there being released are just enough to hold us over until Dawn of Justice is released early next year.

Total Film also sat down with director Zack Snyder to talk a little bit about the film for the upcoming issue. There will no doubt be a bunch of goodies inside the magazine – which hits shelves here pretty soon – but for now, Total Film included this comment from Snyder on the film:

“You kind of have to understand both of their point of views. I think you’re sympathetic to both, in a weird way. It’s inevitable, like two trains heading at each other on the same track.”

I’ll be honest with you guys, I’m not one-hundred completely sold on it yet. Don’t get me wrong, the trailer was truly freaking epic and I’m looking forward to it just as much as everyone else, but for some strange reason there are just things holding me back. I’ll be there early opening night along with everyone else and will be keeping an eye out for anything else being released, but there is still the chance that is could just be okay. If my hopes or anticipation is to high, just okay becomes a disappointment.