First Look: Matt Reeves Teases the 1968 Original as ‘War for the Planet of the Apes’ Begins Filming

Last year, Matt Reeves gave us one of the best overall films of the year. Although it walked away with no special awards or anything, Dawn of the Planet of the Apes was considered by many to be damn near a model masterpiece. We may have been entranced with all its wonders, but its the films final moments that got us fans pumped for what comes next.

For a while now we’ve speculated (with no real confirmation) that these Planet of the Apes films are somewhat prequels and will lead into the events of the original 1968 film. And with the film drawing closer each day, that theory is only starting to become much more real. The latest evidence is the first image from the set of War for the Planet of the Apes, where filming has officially begun. Director Matt Reeves – who is returning following the absolute crushing he accomplished with Dawn – gave us fans a fantastic sneak peek into the film, as he posted a total nerdgasm moment on his twitter page.

Looking for a better and bigger look? Here you go: 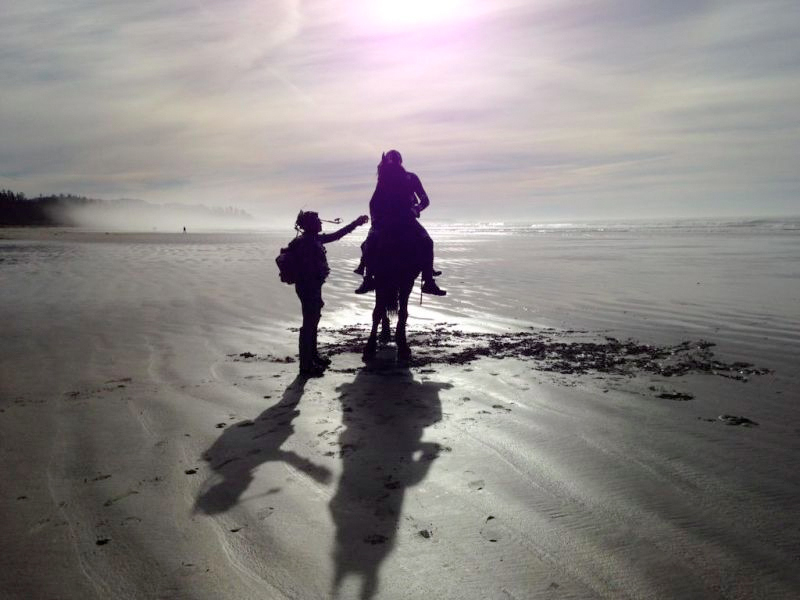 Now to most, this may just look like a picture of two dudes and a horse with some funky equipment involved, others will know that the two dudes (one most likely Andy Serkis as Caesar) are acting in motion-capture for the role of Apes, but to us nerds, this image is (if what we think) HUGE. Now if you haven’t seen the original film(s), I would say skip ahead a while as spoilers will follow. If you’re still here, you know EXACTLY what I’m talking about!

We all know that Planet of the Apes (1968) concluded with Charlton Heston’s character finding out that the planet he arrived on is actually Earth years in the future, with Apes as the dominant species. In the current series of films, humans are still very much running around, but the Apes are slowly (and surely) getting closer to becoming top-dogs on Earth. Like I said above, we have yet to get any kind of confirmation about whether or not these films will eventually be a straight connection to the classic films, but so far, every piece of evidence is aiming directly at that happening (which is f**king awesome). Not to mention Matt Reeves himself had this to say about the two storylines eventually meeting:

“The idea would never be to remake the ’68 film. There might be some of those events from another perspective, and obviously to also see them as events that grew out of everything that we’ve been watching from this new iteration. They wouldn’t be exactly the same either. So if, and when, we ever get there, which I think is an exciting notion, it would definitely not be a remake but it would be sort of a re-telling of those events from a new perspective. And the events themselves would probably be a bit different since they will have grown out of these films.”

All signs seem to pointing towards either War or its sequel leading right into the original 1968 film, which is something we’ve all hoped for since the announcement of Rise of the Planet of the Apes. It’s very exciting, the possibilities for not only War, but its sequel(s) are endless. If this is where these movies are headed, we do know where it will finish, but it’s everything in between that gets me really looking forward to the kind of stuff Reeves can give us from this franchise.