The next few months are going to see some serious damage done as far as incredible films go. Spotlight, Star Wars: The Force Awakens, The Revenant, and MANY more, but there is definitely one film that seems to flying under the radar with the everyday movie-going audience. Justin Kurzel’s Macbeth has been gaining some big ground over the last number of weeks with its buzz ranking up their with the major players following its run through the film festival circuit. And now that it’s drawing closer, we’re starting to get more looks at the highly anticipated film.

I can’t help my enjoy the hell out of anything released for this one. From trailers to these new images and posters, it looks like an extremely thrilling and powerful telling of the classic story, one that should definitely not be missed. Don’t know what I’m talking about? If not, I highly recommend checking out the trailer(s), as well as these new images and posters. 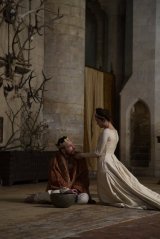 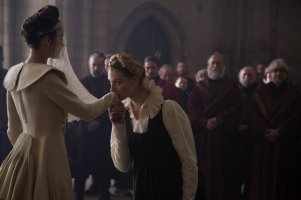 I’m crossing my fingers that Macbeth reaches the theaters near me. The Macbeth story has been told time and time again, but Kurzel, Fassbender, and everyone else involved seem to be giving us a completely different feel to the historical story, which is always refreshing. So am I looking forward to this new telling of Macbeth? Hell yes. Most of the reason is because the film just looks fantastic, but part of me is also really looking forward to it because this is the team that will be doing Assassin’s Creed.