A new batch of images for the crime biopic Legend has been released via Universal Pictures. The film comes from Academy Award level writer/director Brian Helgeland (42, L.A. Confidential screenplay) and stars Academy Award level Tom Hardy alongside his co-star, himself. You heard that right, Hardy stars as real-life twins Ronald “Ronnie” and Reginald “Reggie” Kray, gangsters who dominated London’s crime side in the 1950s and 60s.

You’ll be able to follow the Kray twins on their quest for power come next month, but until then, check out some great new images that feature Emily Browning, David Thewlis, Taron Egerton, Paul Anderson, and Chazz Palminteri all alongside Tom Hardy, who apparently thinks one role per film just isn’t enough. 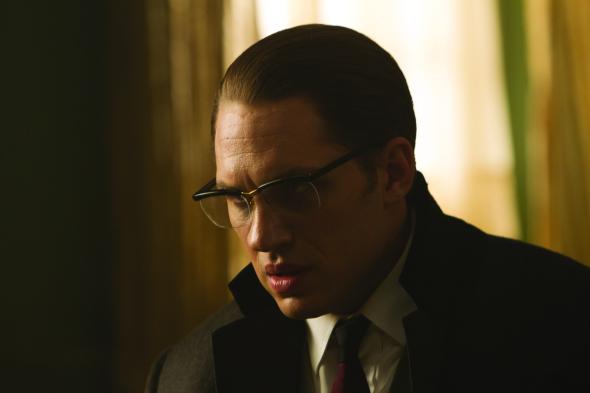 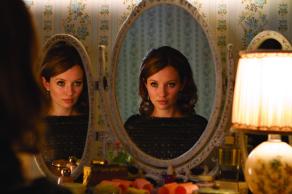 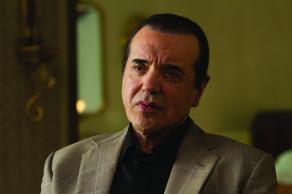 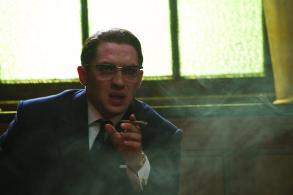 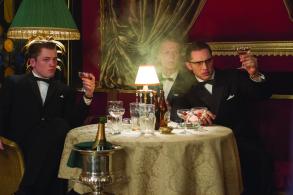 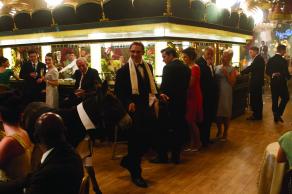 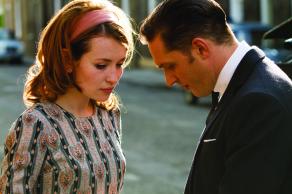 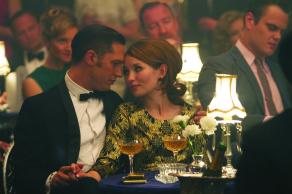 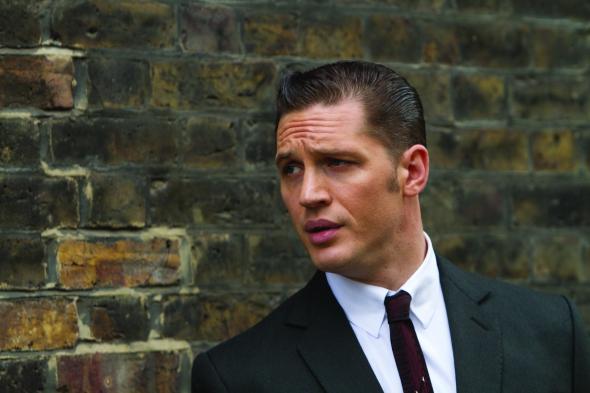 Hardy is one of the hardest and greatest working actors today, so I’m one who will jump at the chance to watch him. But then that chance is a chance to watch him take on playing polar opposite twins in one film, it instantly becomes a must see. I haven’t completely fallen in love with the trailers, but the reason I want to see it is because of Hardy. Yeah, the story is pretty damn enticing, but the biggest seller for this film is the fact that Tom Hardy is playing twins. How can you not want see something like that?