When we got out first glance at Ridley Scott’s The Martian with its first trailer, many (including myself) walked away from it feeling like it revealed to much of the film. It very well felt like it did, but it was still a pretty good looking trailer, there’s no doubt about that. Now a new trailer has been released for the film and just as with the first, I once again feel like I’ve seen to much of the film, even though the trailer is actually really good…

Does anyone feel the same about the trailer as I do? Don’t get me wrong, I definitely favor this trailer over its first and the movie looks just flat-out beautiful, just visually stunning. But as I’m watching the trailer, I couldn’t help but think that I was seeing WAY to much of the film. Even with that and with Ridley Scott kind of being on my poo list of directors lately, I’m definitely still going to see this film as soon as it’s released because of the story and its cast. And I could be wrong, all the trailer footage could be nothing compared to what we’ll see, but man I’m bummed out because it feels like I’ve basically seen the entire movie. Crossing my fingers that’s not actually the case come later this year.

During a manned mission to Mars, Astronaut Mark Watney (Matt Damon) is presumed dead after a fierce storm and left behind by his crew. But Watney has survived and finds himself stranded and alone on the hostile planet. With only meager supplies, he must draw upon his ingenuity, wit and spirit to subsist and find a way to signal to Earth that he is alive. Millions of miles away, NASA and a team of international scientists work tirelessly to bring “the Martian” home, while his crewmates concurrently plot a daring, if not impossible rescue mission. As these stories of incredible bravery unfold, the world comes together to root for Watney’s safe return. 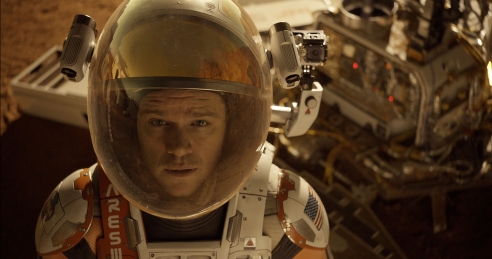