As D23 nears closer and closer each hour, Entertainment Weekly has decided to give us nerds a little tease of what’s to come this weekend. A bit of a surprise, but not really at the same time, EW has released a slew of just fantastic new images for Star Wars: The Force Awakens. They feature many of the new and some of the old characters we’ll see this December, while also dropping little nuggets and getting us one-step closer to pulling back the curtain of J.J. Abrams highly anticipated Star Wars film. 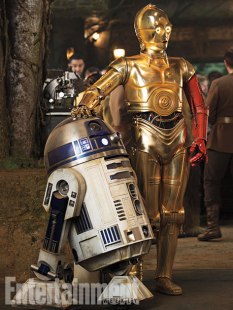 Old friends, but in a new time and place. R2-D2 seems to have hardly changed, but C-3PO (played by Anthony Daniels) now sports an unexplained red arm. 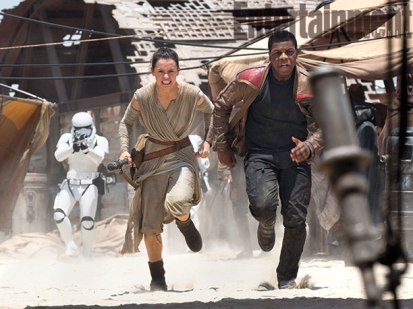 Daisy Ridley’s Rey and John Boyega’s runaway stormtrooper Finn flee from The First Order on the desert world Jakku in this new shot from Star Wars: The Force Awakens, out Dec. 18. 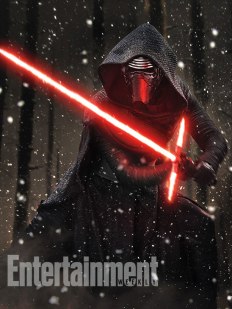 Our cover model, Kylo Ren (played by Adam Driver) strikes a pose with his homemade lightsaber. It turns out, his true identity has been masked from us in more ways than one… 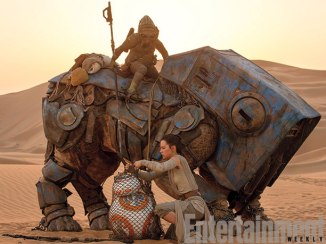 Rey (Daisy Ridley) meets up with BB-8 while cutting him free from a fellow scavenger’s net. But what is that large creature — and who is riding atop it? (More on that later.) 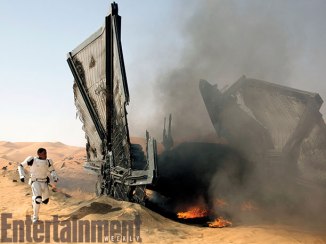 After a violent escape, John Boyega’s Finn runs from the wreckage of a TIE fighter, afraid, desperate, but lucky to be alive. 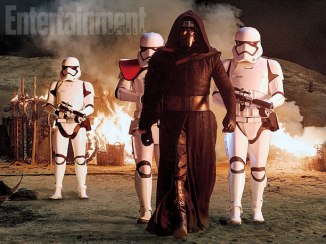 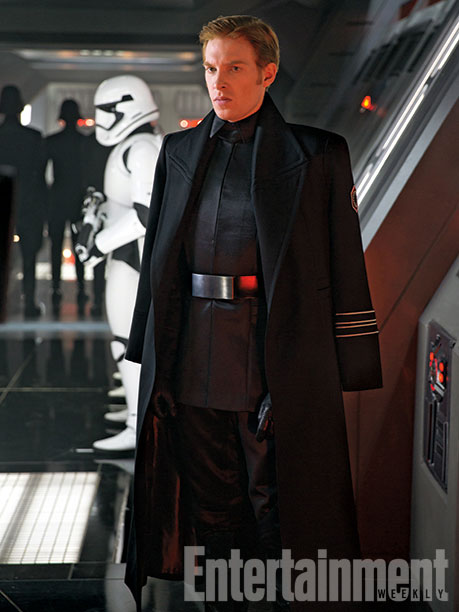 Domhnall Gleeson as General Hux, a cruel leader of The First Order who craves to show the galaxy his might. (This image was briefly shown at Comic-Con but never released in detail until now.) 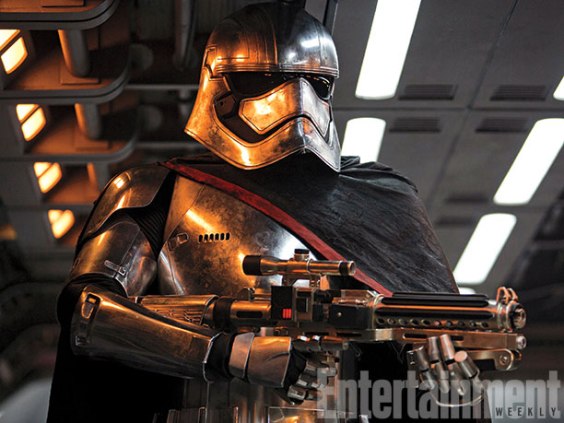 Inside this shimmering armor is a warrior for The First Order, Captain Phasma (played by Gwendoline Christie of Game of Thrones). Her character’s name has an unexpected origin… 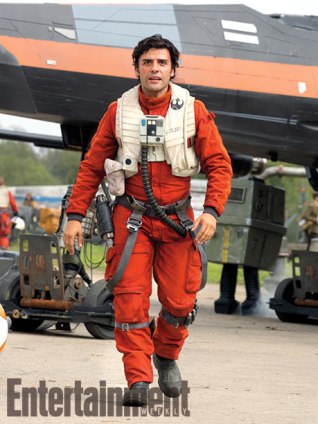 There’s a reason the X-Wing fighter is black, but J.J. Abrams wants to keep that a mystery for now. Stealth tech? This is another previously seen shot from the Star Wars Celebration fan event in April. 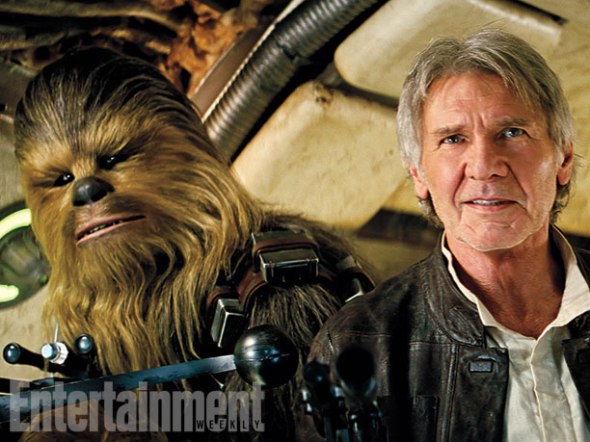 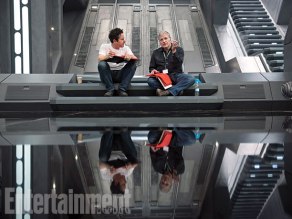 Director J.J. Abrams relaxes on the set of The First Order’s Starkiller Base with his co-writer Lawrence Kasdan (The Empire Strikes Back). Note the dark red script pages in Kasdan’s hand, a security measure to prevent copying. 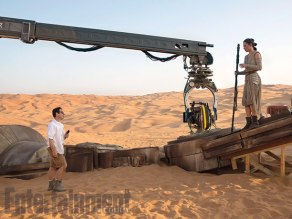 Director J.J. Abrams and actress Daisy Ridley in a previously released behind-the-scenes shot. Abrams was recruited to join the film when Lucasfilm president Kathleen Kennedy asked him a question about another young Star Wars desert-dweller… 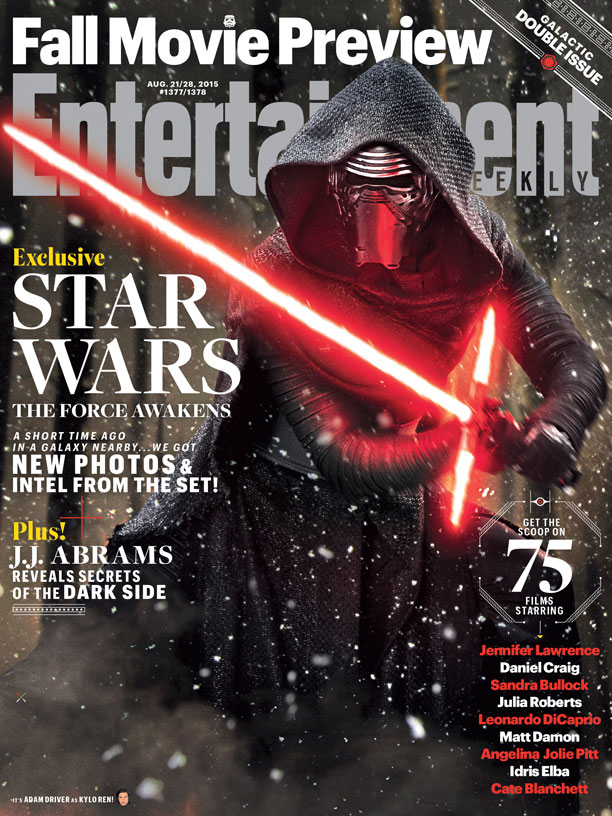 Great stuff, just great freaking stuff. My excitement is at an all-time high for this film. As it nears closer each day, my excitement grows with it. And it only helps when the cast and crew praise the film or everything released is just so beautiful that it takes us back to the glory of Star Wars. Right now, every sign is pointing towards the The Force Awakens being the return to the galaxy far, far away that we’ve been waiting decades for, and that can’t be said without mentioning Kathleen Kennedy, J.J. Abrams and their remarkable team.

What do you think of the images readers? Any favorites? What do you make of the captions that came with the images? Some pretty interesting and intriguing stuff in there… Let me know below!