In the past decade, no director/actor duo has been better than Martin Scorsese and Leonardo DiCaprio. So when the two decide to collaborate once again, its breaking news (via. Deadline).

Erik Larson’s non-fiction book The Devil in the White City is being adapted, with Scorsese directing and Leo in the lead role. The book is a telling of America’s first serial killer, H.H. Holmes who committed a mass murdering at the 1893 Chicago World’s Fair. DiCaprio will in fact play the role of Holmes.

There has been a lengthy bidding war from major studios for this project, including Universal and Fox. It was Paramount who came out on top, and no word on when production might begin. So far, Oscar-nominated screenwriter Billy Ray (Captain Phillips) has finished a script after a bit of difficulty in certain parts of the story. 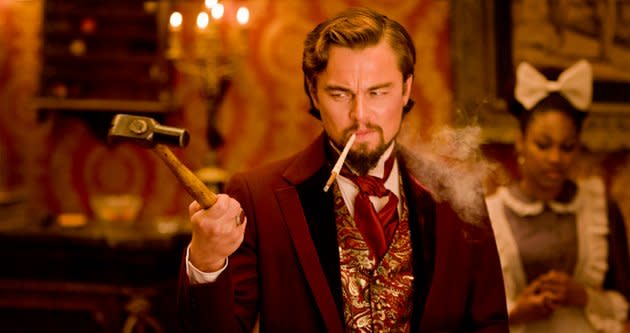 What I find interesting is how the book centers on the violence and gore from a killer like Holmes, who worked on the construction of the World’s Fair Hotel. That area later became known as “murder castle“, because of how Holmes had a gas chamber, crematorium, and a dissecting table for his guests after their untimely demise. It’ll be interesting to see how Scorsese and DiCaprio put all of this to use.

As for the news itself, its an easy buy. Anything with Martin Scorsese’s name attached is immediately worth looking at. The director currently has his latest film, Silence in post-production and several other projects loosely attached including Sinatra and Mike Tyson biopic. DiCaprio can next be seen in The Revenant releasing this December.

How does a Martin Scorsese/Leo DiCaprio team up for this story sound? Would you rather see Scorsese work on something else for his next project? Let us know your thoughts.

Tagged as: Leonardo DiCaprio, Martin Scorsese, The Devil in the White City